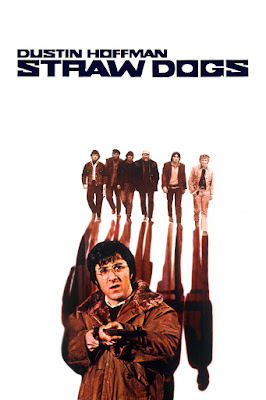 A film that had devided so many fans and critics, mainly for that one scene, and if you have never seen this great film, that scene where Susan George is violently raped, then accused by the cinema watching public, of enjoying it. She is also being accused also of instigating, the said rape scene, because of her behaviour, especially around the local men, wearing skimpy clothing, nipples showing regularly through  tight clothing. This debate surprisingly is still debated now especially in the UK, with the same question, if your female and choose to dress a certain way that is seen as provocative, do you deserve what might happen to you sexually, and the answer is always a resounding no every time.

A film that the one scene was deemed to be so violent, and horrible, in which it is was actually banned in the UK, under the famous video nasties act in the early eighties, in which so many films were banned in the UK by a controlling Conservative  Government.  Through then licensing problems, and who owned the rights to this film in the UK it took till 2002 before we could see this violent 1970's Fillm.
A simple story of sorts of a local Cornish Girl,from Cornwall Amy Sumner (Susan George)who married a geeky looking maths teacher from America, David Sumner,in the form of Dustin Hoffman,who then returns to live back in her home village,when her husband gets a job teaching  at a local school. With an ex boyfriend to deal with,and his cronies,they decide the best way to integrate back into the community,is to have him and his mates help renovate the house they are renting. Which this leads to eventually that famous rape scene,by her ex boyfriend,as he believes she is encouraging him by wearing skimpy clothes,even a scene when she appears topless at the window to show her wares to her ex. I believe she is not actually being provocative,but showing to him what he lost, and she has now moved on with her life. These actions in the end leads to that rape scene,which infairness is horrible to watch,which leads to a gang rape scene.
With the local men being accused,but with Susan George's character afraid to speak out,we have in the end a drunken showdown of the local men,who all appear at thier cottage one night,in a mob mentality,like the films of old pitchforks metaphorically in hands to confront this couple. When a friendly Magistrate gets caught up in the scuffle outside he is killed by this mob accidentally,which then leads to the showdown,with a home invasion type movie,with the Sumners realising they will have to kill or maim these drunken home invaders,in a violent showdown. Which  is even more shocking,as it shows a meak mild man in the form of David,who has been pushed and bullied to the limit with these men,who ends to killing these violent men,in anger and also in revenge for the rape of his gorgeous wife Susan.
This film is considered to be one of Sam Peckinpath's greatest films,released the same year as a Clockwork Orange,In the UK achieving a X certificate,which only vilolent films,and pornographic films got in the UK at this time period,even then it was heavily cut by the censors. It was as before mentioned banned in the early 80's due to the video nasties act. We finally saw this film then uncensored from 2002. In all fairness compared to films of today,and the fact we have all numbed to screen violence,it is not as shocking as it was in the seventies,goes to show how we have moved on so much and desensitised our senses to violence,which in a way is damming of the Human Race,yes it is a violent film still,with a horrible outcome,and one of the vilest rape scenes put to screen,but it is also an incredibly intelligent film,that shows even decent people pushed too far,and when the fight or flight kicks in,as humans we can show excessive violence, in the heat of the moment.
A classic film in all sence of the word,that is shocking,upsetting,and incredibly real.
5/5⭐️⭐️⭐️⭐️⭐️ 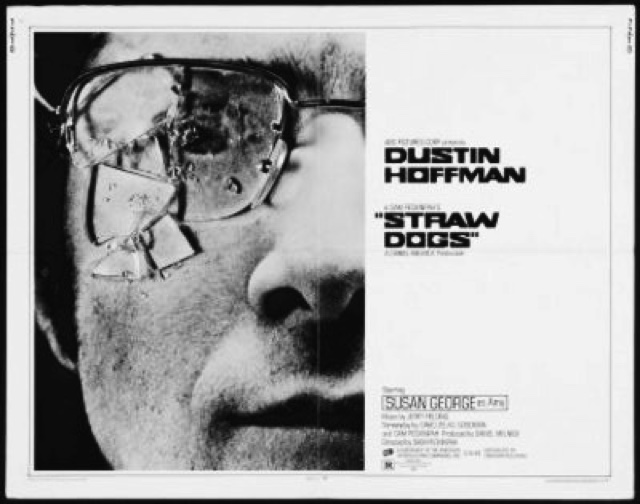