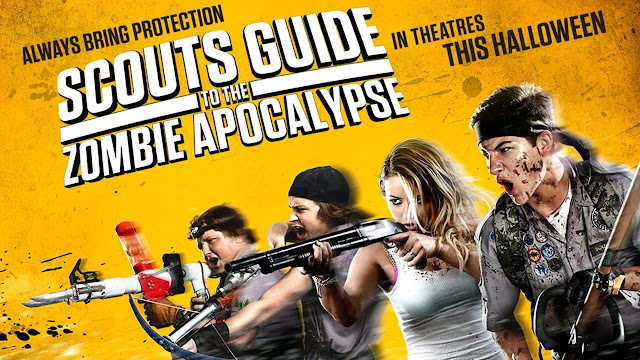 A film that finally and unashamedly is a fun filled,gore fest of joy, that reaps back to the days of eighties nostalgia,where movies were fun,especially boy movies,such as The Goonies,Lost Boys,Stand By Me. With a friendship that is genuinely real, the three outsiders from high school,not geeks,not jocks, but the inbetweeners,who have been friends for 7 years through cub scouts,to full time scouts,and like a good scout always prepared,due to their knowledge of all things outside,knot tying skills,the ability to turn into the A Team,and create weapons out of anything at the local hardware store,and start a fire using flint and steel,oh and make a home made bomb.

With gore,and buckets of it,with more heads exploding,and surprisingly only a (15 ) certificate in the uk and a (R) rating in the U.S,as I said this film is funny,it is crude,but not American Pie crude,but with an innocence about it,the one lad is only interested in Scouts,as he has Dad issues,with something happening to his Dad without the audience quite knowing why,we have the the guy who is the horny goat of the group,and is desperate for any girl action,and finally the love struck guy,who has been in love with his friends sister for years,but unwilling,and to scared to do anything about it.
This film is really comically funny,with a really funny script for once,three outstanding scenes make this film absolutely unmissable,the old man cock scene,the Zombie  Brittany Spears fan,and Hit Me One More Time singalong,and the final showdown against hoards of Zombies whilst the song Rock You Like A Hurricane by the rock band The Scorpians is playing.

I have not had so much fun watching a film in ages,with so many very serious films,and TV shows,and with a market saturated with Zombie movies,this is actually one of my favourites,better than Cooties,and even Deathgasm,and I loved the before mentioned New Zealand Horror comedy flick. A film that wasn't afraid to be a comedy movie,that was funny,with no annoying characters,and it is a bloody,blood soaked,zombie head exploding, bit of celluloid fun, that I cannot recommend enough. I loved this movie,and I am not afraid to say so,and so much so,I have already gone out to purchase me a copy of this great film,that has to belong in my collection.
Starring Tye Sheridan (Mud,Joe, X-Men Apocalypse,The Forger)
Logan Miller (Deep Powder,Would You Rather,Take Me To The River)
Joey Morgan ( De Tour, Compadres, Camp Mamma)
Sarah Dumont (Don Jon, Playing It Cool,The Royals,Bad Ass 2 Bad Asses)
David Koechner (Anchorman 1&2,Cheap Thrills,Piranha3D,40 Year Old Virgin) 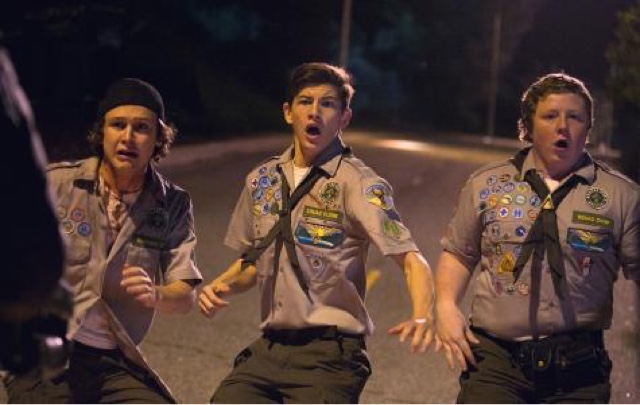 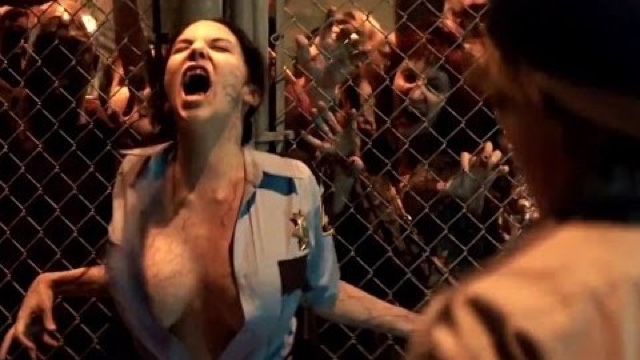