10 Cloverfield Lane (2015) Film Review. Distributed by ParamountPictures. Directed by Dan Trachtenberg. Available on 14th June on Bluray and DVD US. 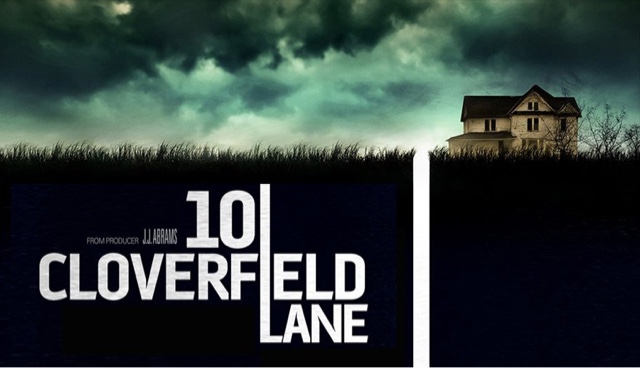 Being released this week on DVD and BLURAY on Tuesday 14th June in the US,With this being one of the cleverest and confusing advertising campaigns, from JJ Abrams, executive producer of this film, that looked like a possible sequel to 2008 Cloverfield, the first person point of view of a monster attack on New York, especially in  Manhattan,with incredibly good looking actors trying to survive a night.
Then seven years later this movie comes out,with a trailer that gives very little away,  but certainly hinting it is in the same universe as the previous movie. With a film that is so not like the previous movie, it isn't even a distant relative, told from the point of view of a modern day survivalist (John Goodman) Who has been preparing for this time for years, with a ten year supply of tinned food, and water, the only thing is he doesn't want to be lonely,so he has guests, that certainly are not there on thier own free will.

The film starting with an argument, and then a woman ( Mary Elizabeth Winstead) packing up clothes,to leave some type of relationship, driving in the middle of the night,whilst ignoring her constant ringing mobile phone, whilst ramblings on the radio about strange occurrences happening in parts of America. To then have some kind of fender bender, and waking up attached to a drip in some dingy basement, to a large man saying he saved her life, the world has ended, and she has nowhere to go, as the air outside is toxic.
Whilst fighting, and the usual fight or flight syndrome, she realises that this man may be right,as she pears from a window,from her underground bunker, and seeing a disformed woman on the outside pleading for help, and to be let in, she adapts to her own surroundings,with another survivor, making a cosy threesome.

Fans expecting an action packed sequel will be heavily disappointed, as this is a psychological film,about a man who likes to be in control, yes he is giving salvation to these two people, but is heavily controlling,with his rules. He is not a saviour but a bullying narcissist. With the entire film taking place in this bunker and confined place.  An on form John Goodman as the protagonist,who may have actually caused both people to be with him,so he can control, is his finest acting work to date, with a below par performance from Mary Elizabeth Winstead,who normally is a strong woman, coming across in this very weak.

With a final reveal in the final stages of this film that maybe the monster attacks are happening all over the country as she finally has enough fight to leave the bunker and try to survive the outside world. I cannot feel though, nothing but disappointment from this film.
This film that had so much potential, but in my opinion completely failed, it is I found to be incredibly boring, yes it is acted brilliantly,especially from John Goodman, but after the action packed first instalment this film,debut Director Dan Trachtenberg has created a slow moving disappointment of a movie that promises so much but delivers so little.
3/5☆☆☆ Only for John Goodman's performance. 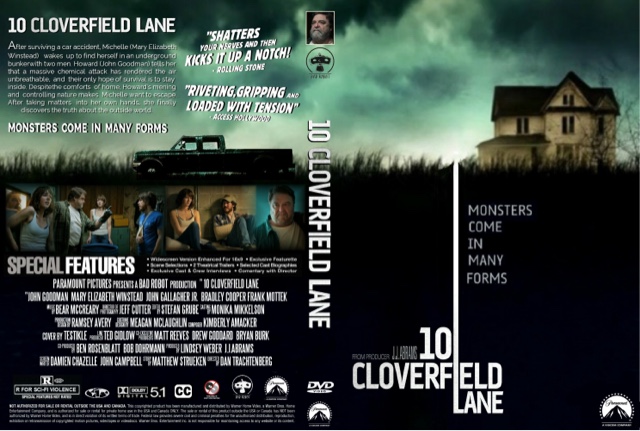