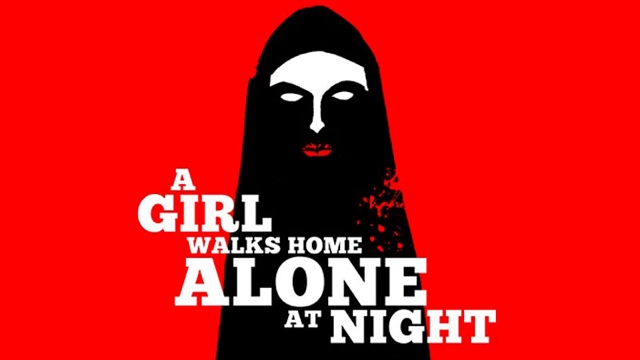 This is quite a groundbreaking film in all sense of the word, a very brave film to make especially the subject matter it covers,such As drug use,prostitution,a very strong overpowering woman, in the shape of a Vampire,who takes out surprisingly mainly men,and bad men at that. The fact it is an Iranian film,which In it self is amazing to see a film from actually a female perspective,with it being directed by an Iranian woman,with it strangely looking like an eighties film,with eighties fashions,music,and cowboy hats,and a skateboarding Vampire.
As strange as this film is,a black and white,very art house type of film,it has some charm,and almost a love story attached to it somewhere. With sporadic episodes of violence,and gore,in Bad City, a fictional place thst looks a cross between the oil and desert scenes of Texas,to the slums of New Mexico. with very few people living in this small industrial city scape,and with an open pit of dead decomposing bodies,that people walk past daily,without hesitation.

The whole film is about two people,Arash a hard working gardener,who has surprisingly saved up enough money over time to buy a classic 50's convertible,and the unnamed Vampire,who is referred to as the girl,who lives a lonely existence,dancing around her apartment to vinyl records.
They somehow come across each other and an attraction between the two starts. With a Father who is holding back Arash,with his addiction to heroin,who through a twist of fate,the dealer and pimp who the Father owes money to,is killed by the Vampire.
With a definite indie feel about this film,in places reminding me of a David Lynch type of movie,it is not your standard vampire movie either,very slow,very little dialogue in places,with a woman in a Hijab  who seems to float whilst moving at night. Although praise needs to be given to the director and writer Ana Lily Amirpour for creating a film,that is about a strong female,in normally a male dominated society,I just didnt get the film. I found it to be,sorry to say incredibly boring. It is well filmed,but very poorly plotted,and is using the cultural differences,to deliberately cause a talking point.

I watched this as the critics were raving how great it was, is it great? ........ I didnt think so,it is a well made film though,just not my cup of tea, Arty style films are not my thing Im afraid.
2/5😱😱 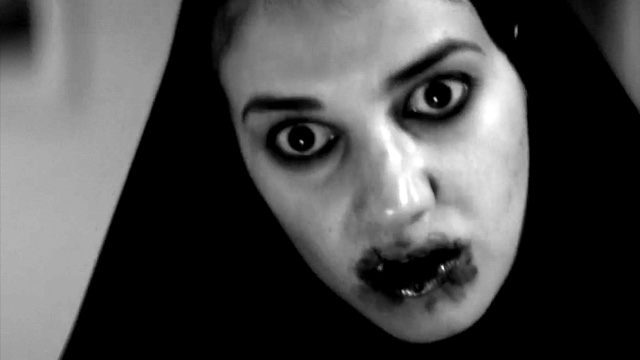