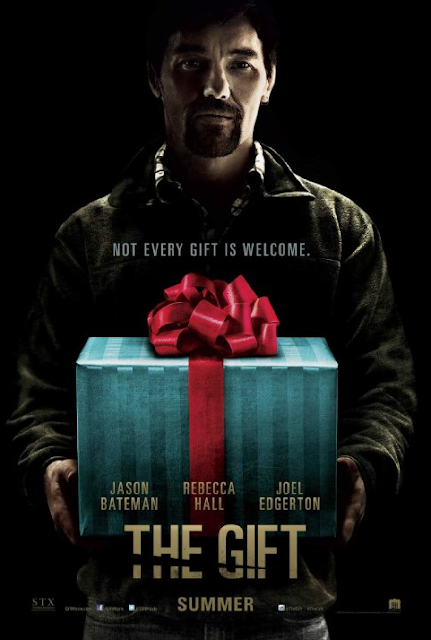 This is not to be confused with the Gift 2001 with Cate Blanchet directed by Sam Raimi,although this film from Joel Edgerton with his directorial debut,produced by Jason Blum of Blumhouse Productions,is a surprisingly very good film.
A psychological thriller,in the  vain of Cape Fear,meets Mystic River,with an unrecognizable Joel Edgerton as Gordy.  A man with a very upsetting past,who meets up with With an old school friend Simon and his wife Robyn,to only push the boundary of friendship to far. With an extremely slow start,but please do not put you off,as it really is a fantastic thriller,probably one of the best I have seen recently,with one of the best twists,not so much being groundbreaking,just a brilliant turnaround of events later on in the film.

With a cast of just three people,is why this film works and is such a tight thriller,with brilliantly acting from all involved,especially Rebecca Hall, as Robyn ,with her character being the central piece of this film,and it is great to have a strong female lead,who is not only gorgeous,but being the most sensible,and grounded,whilst men are just men,and need a sensible woman to sort things out. 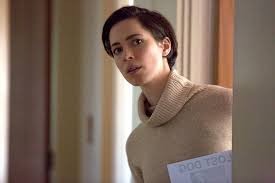 It is very hard to tell you anymore without spoiling the plot and neat little twist,but the trailer is very misleading,and Gordy may not quite be the unhinged man he appears in it. Very much everything that happens to one of the characters,is entirely justified,and you kind of think well done mate. Obviously though this is a thriller,so things happen to create tension,such as the one gift of expensive fish,to only have them floating dead in the next scene.With the only unsettling scene of possible abuse and rape to Rebecca's character,but we see neither but is only hinted by Gordy.

A very good psychological thriller,one of the best in recent years,and a fantastic directorial debut from Joel Edgerton. Yes the film is slow in places,and could do with being hurried along a little quicker,and at 108 minutes for a thriller,easily 15 minutes of conversation could have been cut from this film.
Still regardless it is a very good film in the end,and sometimes the simplest of films just work,like this one does.
A cracking ,well acted film,simple in its nature,but still an effective thriller,that will make you think about maybe the sins of your past,and can you put them right in the future.
4/5☆☆☆☆ 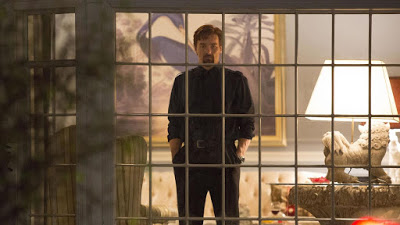