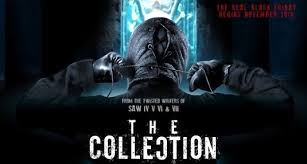 Hunted by the Police, but with no actual calling card,or no pattern to his work,is extremely hard to track down,starting with brief introduction from various news outlets,the action cuts straight to an underground nightclub scene,that eventually turns into a bloodbath. With blades representing a enormous lawnmower,or cultivating machinery,cutting into the dancing patrons,with booby trapped corridors making sure that no one leaves alive. A scene that in my opinion was done better in Blade,or even the opening to Ghost Ship. With only one female survivor,an heiress to a very rich man,who after her abduction pays a group of mercenaries,with the only survivor from the previous movie,to infiltrate the masked killer's  theatre of pain,and gore traps,we then have a film of waiting to see who is killed off first,and in which horrible way.

Yes the gore onscreen is very good,the traps are very impressive too.but with such an opening,it is hard to follow that,and the rest of the film is a by the numbers,mismatch of any other film, it  is almost  like watching the high first,then coming out of it,with withdrawal symptoms,when you should have the high near the end of the film. The killer is just that !!!!!! ,offering nothing new to the horror scene,with no originality,and will certainly not be an iconic action figure, it comes to something that the back of his mask is more exciting than the front.
This film is not a complete waste of time,but nonetheless offers nothing new either,a run of the mill slasher/ torture film that we have all seen done before,and better.
2/5☆☆ 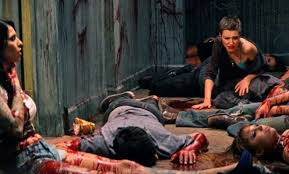