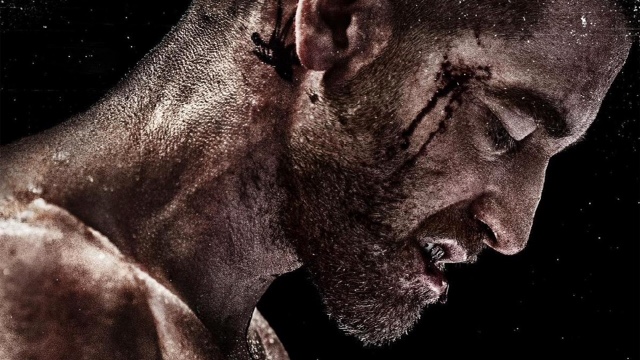 In all fairness this is not the best boxing film ever made, with a hero we are meant to be routing for,who is actually not a nice person in this film. Billy Hope is the great white Hope, a middle weight boxer, undefeated in 43 matches, world champion across various belts.
The problem with this film  it is very hard to have any empathy with the main character, who is actually not likeable, the downfall of his own existence. Who through his own anger, arrogance actually  caused the situation in which his wife dies at a press conference. Which is his start of his downfall, he loses his only love of his life left his daughter, Who is taken away from him from child protection,as his anger, and drinking is putting her well-being at risk. A girl needs her Daddy,especially after the death of her Mother,and he fails to even do that one thing right,and be a decent Dad,to his almost teenage daughter.
The very genius of this film though is that Jake Gyllenhaal is brilliant, so much so, you actually hate him yourself, have no empathy for him, and when he does turn his life around, and a chance in a charity boxing match against the current Champion of the world. As he is banned from all professional fighting, and is now unlicensed, with the loophole being it is a charity boxing match, not a professional bout. Can he then turn  his life around, prove to the world again he is a decent person, and win back his daughter.
As I said before it is a good movie, but not great, it hasn't the heart of other boxing films, it is no Rocky I'm afraid, it isn't  even a Creed, and certainly no Raging Bull, we have a character who is not likeable, who through his own anger and stupidly causes his own downfall from grace. We do have at least a redemption type movie, with a man finally realizing there is more to life than money and fame, and the only real thing in life worth saving is not your career, but your family.
A gritty very realistic film, not the best but still very watchable. With other great performances from the always  reliable Forest Whitaker,and Oona Laurence as Leila, Billy's daughter who is the driving force to this movie,and a fantastic performance from her. We have a decent but floored movie that has been done better.
3/5☆☆☆ 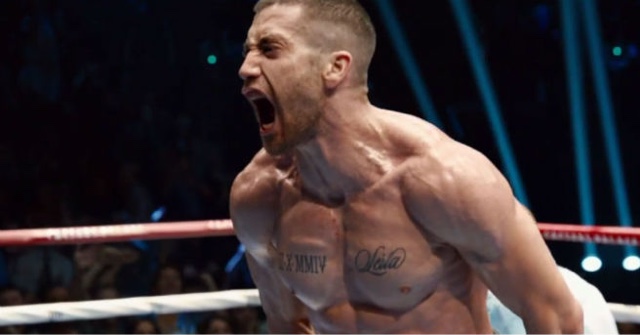