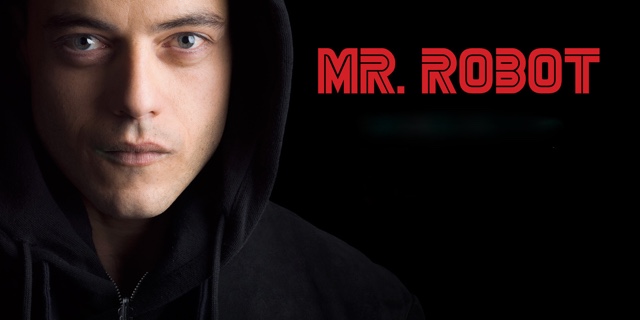 This has to be a TV series with as many other film,and other TV references in that it is a case of what you can spot,with the main observations Fight Club,Taxi Driver, The Matrix,American Psycho,and surprising Dexter.
A story about something that is rarely covered in mainstream TV or even films,and that is mental illness in the form of Elliot a man who is socially withdrawn from the world with serious social anxiety,severe depression. Who deals with his illness not through standard medication,but through careful doses of morphine less than 30 Grams a day,and then counter acting the effects with a withdrawal drug,so he never actually becomes an addict.

A very angry young man, angry at the world around him,and all the injustices in life,due to his Dad dying of cancer,that may have been caused by the company he worked for,who then covered it up.
A blue collar worker by day for an internet antivirus company, by night a hacker,who likes to disclose all injustices in the world, by unearthing a business tycoon of a brand of Coffee shop,who also likes to run and share a porn site,which abuses children.
Who tips off Police about a local drug dealer, who date raped his neighbour,and protects his psychologist from a womanizer of a man who is married,but likes to abuse dating network sites,and vunerable women. All this happens in the opening two episodes.

Then he meets Mr Robot, the leader of fsociety,a group of hackers determined to bring down a certain company,ECorp or known as Evil Corp,who owns and has its hands in 80% of the world's economic, and buisness ventures. The company that is that 1% of society that practically runs the world,and decides who is rich who is poor.
A show that I had to watch twice,and actually getting it more the second time around,to spot clues that I might have missed first time round.It is such a well acted series though, with for once normal looking actors with the boy and girl next door look about them,  not the usual big boobed, perfect teeth and hair,and youth we nomally get in most TV shows.

With an on form Christian Slater as Mr Robot who just does not age,with  Rami Malek as Elliot, Portia Doubleday as Angela, a childhood friend of Elliot, and also Co worker.We have a very well acted series, that is brilliant,but in the end with the Fight Club reference,being hinted at far too early in the show, with the reveal happening in episode nine,I would have preferred it to have been in other seasons,but then again with TV networks in the States so quick to cancel shows,is why Sam Esmail included it in this season.
Still I enjoyed it regardless,with a second season being commissioned with another 10 episode run. It is an outstanding series that I can heartily recommend.
4/5⭐️⭐️⭐️⭐️ 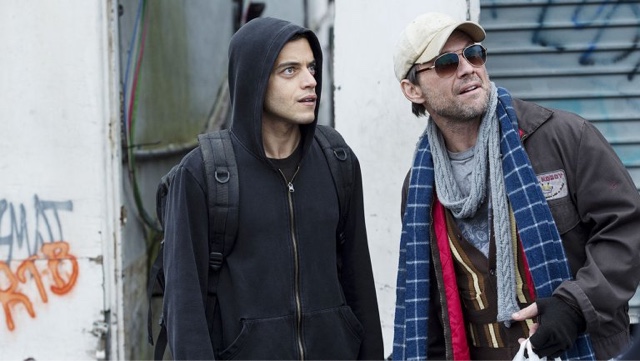