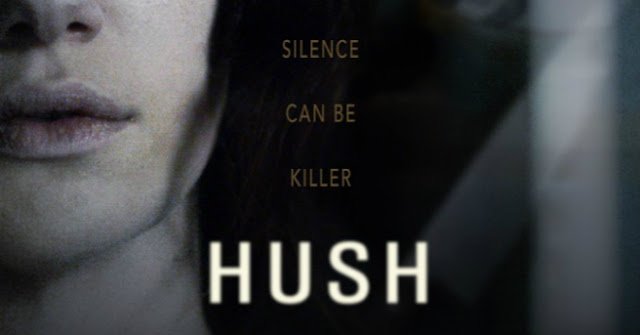 A film that I knew nothing about going in completely blind,being a Netflix original once more,and my goodness it really is good,in fact not just good but,brilliant.
It is a slasher type movie,or even a home invasion movie,set in isolation in a cabin In The woods,with cliches we have all seen before. But why is this film so different,it is told from the perspective of a deaf,and mute woman,who is a successful writer,but is less sociable,because of her condition,and chooses to live alone in seclusion. She has a habit of pushing people away,and is clearly only comfortable with her own seclusion.

When a masked man appears one night,and at first actually gets in her home,without her hearing him is truly terrifying,with him taking pictures on her mobile,and sending it to her through her I messages,yes this film is very Apple influenced,and a lot of product placement is happening. Apart from that it is generally terrifying,with the masked man revealing himself, outside with him taunting her,knowing she cannot hear him,or even cry or shout for help. We have one of the best thrillers,I have seen in ages,and even more impressive is the actress never speaks a word,or doesn't even cry out loud,as she is unable to.

With her being injured by this man,by being shot with a crossbow bolt,even dressing the wound you can tell she is in absolute agony,but once again she cannot even express herself through sound,and the pain on her face is there  to be seen.
With the only voice you hear from this woman,is the voice in her head,when she is finally rationalizing in her head,on what to do next,and how to survive,is quite simply remarkable.

This film is an absolute brilliant piece of filmmaking,and puts other thrillers/ slasher movies to shame,with an outstanding debut from  Kate Siegal as Maddie,who in fairness  for an actress,to have you completely on the edge of your seat, without saying a word in 85 minutes,is quite simply an amazing performance in acting,honestly I cannot stress how good this film is,and one of the smartest thrillers,and also incredibly acted films I have ever seen. 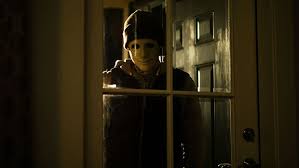