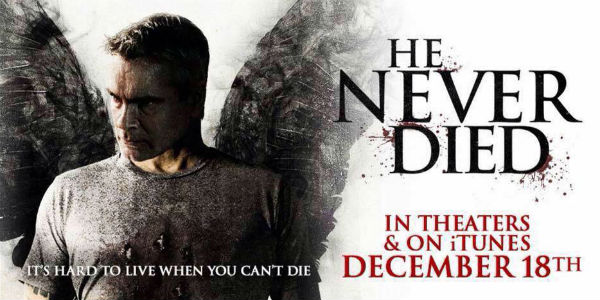 What if your life is so mundane,and the most excitement you get is playing bingo three times a week with the pensioners,at your local church,the rest of the time is spent eating boring food,at a Time Square Diner. Your only social interaction is with your 80 year old landlady,oh and you find out you have a 19 year old daughter who turns  up on your door step one day.You have two goons trying to kill you,numerous times,and failing miserably  at all times.and you have a suitcase full of money and various memorabilia.and old antiques,spanning centuries.

Meet Jack the socially awkward loner, a nice guy who keeps getting punched,shot at,poisoned and strangely doesn't fight back.but doesn't bruise,or die either,a man who is hinted at being 1000's of years old,a man who could crush and take your life with one punch,but chooses not too.
To explain Jack would be giving too much away,but he says himself " I'm in the Bible", meaning he is some fallen angel,forced to live a life eternity on Earth.
A film that Henry Rollins is perfect as the man monster he is,but is surprisingly shy,retiring,socially awkward man,but you know that he is hiding from a dark past,and he,  when pushed too far,will fight back,but with devastating results.
Anyone who knows Henry Rollins the Punk frontman of Black Flag,then the Rollins Band,knows he is normally a very vocal person,and I know,I have seen him on two occasions one with his band,and once, a Spoken word gig. A man who normally plays the bad guy,or muscle in any film,to see him in this completely against character is outstanding.

I loved the character Jack,a quiet man who has lived for centuries,indestructible,immortal,who has learnt to avoid social interaction with the Human race,because it is just easier that way. He is also a man when pushed too far,will leave a trail of dead bodies in his path.
This film is one of the cleverest films I have seen,in the vain on religion,it is better than Constantine,Legion, Priest, City Of Angels to name a few,a film that is brilliantly funny,without need for any jokes or set pieces,just because Jack is such a wonderful cooky character,so socially awkward but loveable at the same time,an antihero we can all route for,and why? Because when he does eventually kill,and with unbelievable ease,it is only to people who in all fairness deserve it anyway.
A film so against normal character type for Henry Rollings,still never less a film role,that I couldn't imagine anyone else actually playing.
A fantastic funny,very violent film about an immortal man,who we all instantly love,one of the finest antihero performances I have seen in quite a while,a brilliant film.
4/5⭐️⭐️⭐️⭐️ 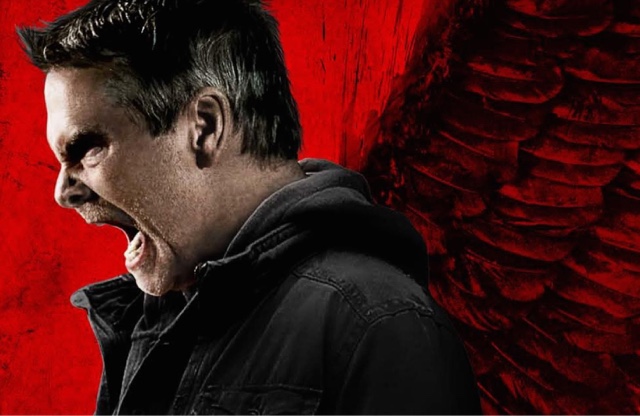