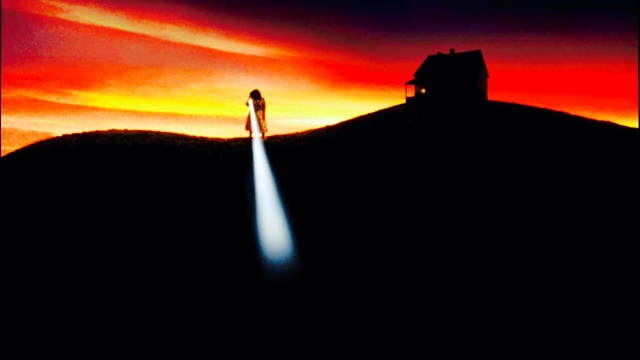 Another very good book,and a movie adaptation from mr Stephen King once more,which is also a very good stage play also, the story of Deloures Claiborne,and a determined local sheriff,who is convinced Deloures is capable of murder,with the death of her boss,and friend,who Deloures was her live in housekeeper,the same sheriff who was convinced that Deloures was involved in the suspicious death of her husband decades earlier.
Told in flashback in two narratives the relationship between Dolores and her Boss,from early beginnings,to the deteriorating health of her friend and boss. To the relationship with her abusive husband,the thing that surprised me was the such adult rating of an 18 certificate in the UK,which I asked the cinema employee at the time,and he told me you'll see. The film was not only dark and showed the physical violence Delores suffered at the hands of her abusive husband,but the horrible abuse he inflicted on his daughter too,which was of a sexual nature,which is truly horrible to watch,and upset me at the time as a 22 year old I was at the time watching this movie in 1995.
The film is so good due to the casting,which once more is brilliant,to Kathy Bates as the abused wife,and even housekeeper,to the casting of David Strathairn  as her vile husband, and father. With the best performance from Jennifer Jason Leigh as Dolores  Daughter who has since long moved away,and is forced back to her childhood town,to meet back with her mother,who is under suspicion of murder,by the local sheriff played wonderfully by Christopher Plumber.
I'm not the greatest fan of movies that are told in flashback,and I try to usually avoid normally,but this film is an exception,with a climax of one scene set around a total eclipse,which to tell you would give away the whole film,a film that is all about the great acting onscreen,from a very good novel also,yes it is a slow film,different from Steven Kings normal work,but then again he did write the fantastic Shawshank Redemption, not a horror as such,but the abuse scenes in this movie are horrible,as again acted superbly by all involved in this great movie. A very good,if not quite disturbing film,about the effects on a family from a very abusive man,that at times is a hard watch,and makes you even more routing for Dolores.
4/5⭐️⭐️⭐️⭐️