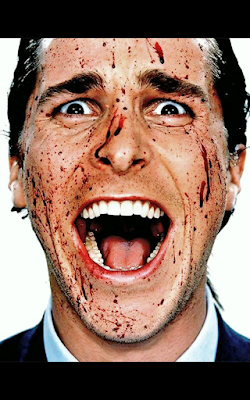 Although this is not technically a British Film it does star a very British actor and that is Christian Bale. In his finest role ever to date,yes I know he has done other roles,been know to push his body to extremes, like the extreme weight loss in the film the Machinist. This is the film he will always be remembered for. Surprisingly so early in his adult career,being a very good child actor in the late 80'S.

This film is Iconic in every way,about corporate greed,and excesses in the late 80's. Think Wall Street meets Dexter,and we are there.Now Patrick Bateman is a Psychopath, killing a homeless man and his dog, all because a colleague has a better Business card than him. He likes sordid sex with prostitutes,and murdering them with chainsaws,whilst being the perfect finance. Yes this film is violent,wrongly marketed as a Horror/ Slasher film, well it is no,  it is a psychological film,about different personalities. And the excesses of wealth in the 80'S.

It has brilliant references to the Decade most of us would rather forget,with a great soundtrack,and great antidotes about Huey Lewis and The News,and Phill Collins vs Peter Gabriel in Genesis. Based on the Novel by Bret Easton Ellis in 1991,and having so many different Actors,and Directors linked to the Project,with it being noted as an impossible book to film. In the end It was decided that Christian would play Patrick,and would be directed by second choice director Mary Harron, who previously directed I Shot Andy Warhol, and then The Notorious Bettie Page. Critics praised this film for Bale' s portrayal and Harron' s Direction and great screenplay. A film I can recommend,and strangely the only film I have ever liked Christian Bale in.
4/5⭐️⭐️⭐️⭐️ 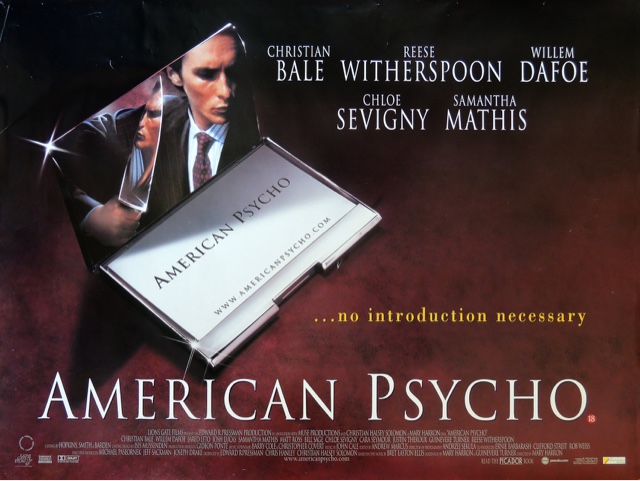