Dark Was The Night(2014) Film Review.Distributed by ImageEntertainment. Directed by Jack Heller. 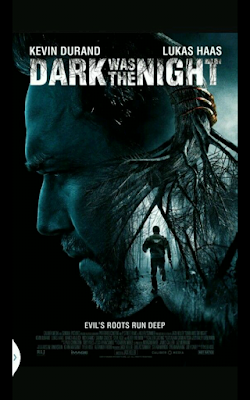 This is a slow mover of a thriller,a monster in the woods type movie. With a very slow reveal,of the monster,which is not revealed till the final 15 minutes. Based on local folklore,about a mythical Creature,a demon of sorts,with hoofed feet ,that is residing in the woods,and trees.

Set in upstate rural New York,the residents of this small town are awakened One morning with supernatural foot prints that start in the town,and eventually disappears into the woods,with the Sheriff believing it to be a prank, But with Local livestock going missing,and mutilated,Horses,and other livestock.When a bunch of hunters,are attacked by an unknown force,in the woods by something so quick they never saw it coming,the Sheriff and townsfolk believe something supernatural is actually happening here.

With a superb performance from Kevin Durand,as the Sheriff,still grieving for a lost son,for a low budget movie,it has surprisingly above average acting,that takes this film from a cheap B-movie,to actually a surprisingly watchable film,yes it is not blood soaked,it is in fact a very slow thriller,saved by excellent acting from Kevin Durand,and Lucas Haas. The film is grainy,with a washed out looking pallet,to give that grungy look,don't let the cheapness of the film stock put you off,as it really is a film,that shouldn't have been as good as it is,but really is a small independent little gem of a movie.
3/5⭐️⭐️⭐️ 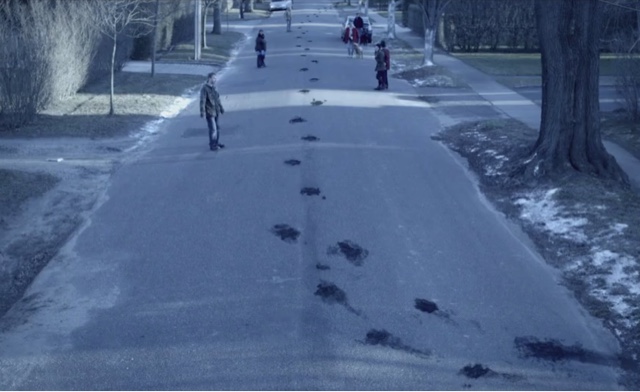