Nana and Pop Pop rules "Don't go down to the basement,it has mould. We are old we go to bed at 21.30 in this house".
Welcome to the twisted world,and may I say back on form once more, for Mr M. Night Shyamalan,in his best film since The Village,a simple story of Grandparents,spending time with thier teenage grandchildren,what could possibly go wrong?.

I'm not going to spoil any plot lines,or give any spoilers,as this film was ruined for me last year,thanks to an online review,that gave away the great reveal. All I can say it is unnerving,and actually quite scary in places,Nana's behaviour during the week,is explained very well,with dementia being the culprit,and her actions at night,called Sundown Syndrome,which actually causes more irrational,and erratic behaviour,especially in the twilight hours,hence the word Sundown.

The behaviour of the grandparents become so strange,it actually scares the kids,my only gripe I would say about this film,is the trailer gives far too much away,and most of the creepy scenes,have already been shown to us,although there are still some very jumpy scenes,and the scene where the granddaughter is pushed into the huge oven, Hansel and Gretal style,by her Nana,is terrifying,without  the watcher not sure what Nana may do.

It has similar traits to The Taking Of Deborah Logan,more so,to the strange behaviour of Nana,but this is no supernatural movie about Possession,more a movie about strange behaviour,which is extremely real,and scary,that old age,especially dementia,is a scary thing to witness,especially to younger children. The reveal,or twist I unfortunately already knew about,it still is a decent twist though,the ending is a strange one,but not terrible.

All in all this is a decent film,not quite up there with Signs,The Sixth Sense,and Unbreakable,but still a very good,scary thriller,the acting is brilliant from all involved,it has a one location setting, which I do enjoy,yes it is camcorder filmed,in the usual found footage genre,but is never distracting,or too jumpy to see what is happening. I really did enjoy this,a film that I thought I would hate,but I was actually enthralled by it,even though some scenes had been over used in trailers,it still is a scary film,and I'm pleased to say M. Night Shyamalan is back,and about time,after a decade of waiting,with a decent film for a change.
3/5⭐️⭐️⭐️ 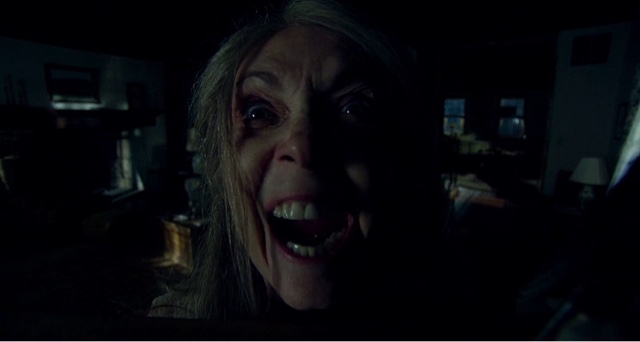