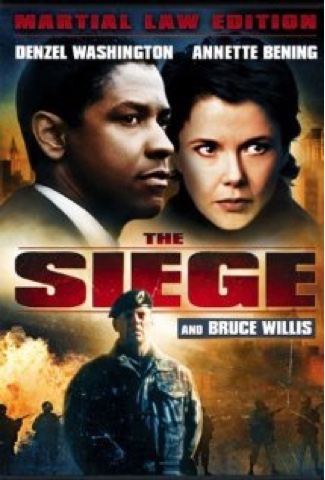 The first real film to show Jihadist, suicide bombers,in their perverse version of Islam. Made two years before 9/11, three years before the Second Gulf War and the Afghanistan conflicts,and before America had any Idea of detaining unlawfully detainees in Camp XRay in Cuba.
What is actually scary about this film,is how Hollywood,and thier over the top ideas on films,almost have a way of predicting world events ,and actions before they actually happen.
With great performances from The always reliable Denzil Washington,Annette Bening,and an over the top performance  from Bruce Willis,as the Army commandeering chief,who will resort to anything to get the answers he wants,including Tourture,and murder.
Why this film is so relevant to today,in this film the American Government actually enforces Martial Law on the streets of America. And actually detaining anyone from the Muslim Faith,and detaining them in huge Football stadiums.

With an American Republican candidate, now in 2016 almost advocating that same notion,In his xenophobic views on the world,on other religious beliefs,and-nationality.
Instead of trying to understand,the religion,he actually wants to ban all Muslims entering the United States.

We actually have a film made 17 years ago,that is more relevant now,than it was then. I know terrorism is now more of a threat,but this film showing what could happen,when you demonise an entire community,and blame them all,on the actions of a few,is why this film is more important to learn from now.
A film that should actually be looked at again,and studied,and lessons learned,on how not to react,or over react,just because some have a perverse notion of a religion,do not assume,or believe that all believers of that same religion has the same beliefs,and do not demonise and blame them all,on the actions of a tiny minority.
A very brave film that is shockingly more real now,than it was 17 years ago.
4/5⭐️⭐️⭐️⭐️ 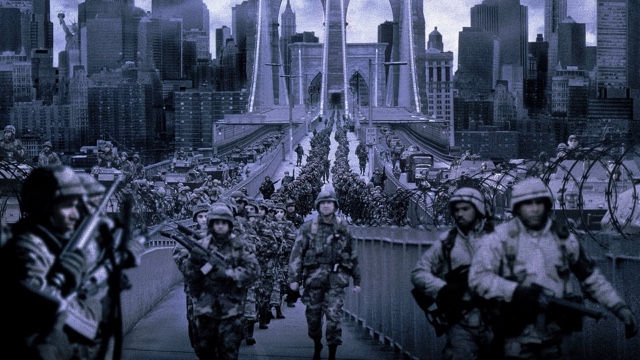