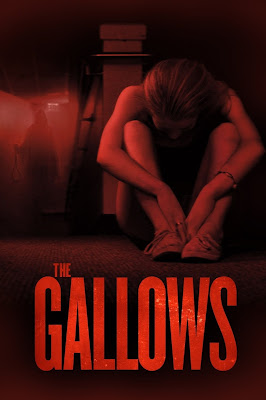 By my own expectations I was really looking forward to watching this film,then it started, in actual fact quite decent to a 1993 school production of a play called The Gallows. With an unknown stage malfunction that actually hangs and kills the actor live on stage, you think it might be a good film then it starts properly.

The film becomes the most annoying I have ever seen,all being filmed by the most obnoxious prick ever, whose words and vocabulary are only made up of "dude,shit,dude,shit,dude"
You get my message,as I wanted to punch him myself, having to wait till almost the hour mark before his Death on-screen.

The rest of this film is to  be very much the same annoyance,with nothing happening at all to the 48 minute mark,bearing in mind the entire running time is  only 80 minutes long. Told via camcorder once more,a bunch of teens wanting to destroy the set of this production,as the main actor has second thoughts performing in it. With the ghostly spirit of the previous actor named ( Charlie) wanting another victim on stage. With him eventually killing all the teens inside the school that night.
That my friends is the film in a nutshell,a film made to look interesting from a very short trailer,that deliberately invites you in,believing it could be a good film,alas it is not.
still for a film with only a budget of $100,000 and making back probably 300% of its budget back,doesn't make this film a complete disaster. Shame,with maybe it being filmed like a real film,not told via camcorder footage,and the one actor not being involved,it might have been a decent film. But once again filmed found footage style,cheaply is why this film in no way works.
A disappointing,very slow devoid of any scares type of film. I will award one extra star for at least making the film via its trailer look interesting.
2/5☆☆ 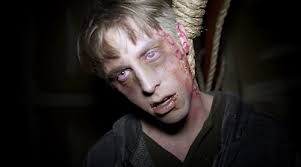