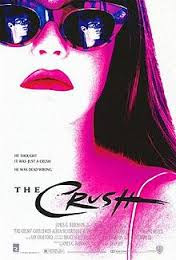 I did like this film from 1993,with Alicia Silverstone making her acting debut,then going on to star in a certain Aerosmith video,(Crazy) another jail bait type role. Then she made it ridiculously big in the 1995 film (Clueless).
Starring also Cary Elwes,who is a great actor,but unfortunately only famous for three film roles(The Princess Bride,Men In Tights,and the Saw Franchise).

A modern day Lolita story,of a very unhinged 14 year old girl,who becomes obsessed with a lodger,who is renting a small room in her parents house. After various lawsuits,including one with the actual person,who this film screenplay is based on,having her name removed,from the lead characters name, in the film,this has barely seen the light of day since. Only available in the UK in VHS form,and Laserdisc.

This film is an extremely hard watch,and proving how easy it is to frame someone,using a used condom,thrown away in a trash can,and inserted to have an innocent man arrested on under age sex claims,as he refuses her advances. Personally I can see why this film,would not fit into today's society,with stories every day of under age advances,and Internet pornography,and  only recently in the UK a famous sportsman has been found guilty of grooming an under aged girl.

Still this film is a great thriller,and Alicia Silverstone,as a psycho bitch,who can do innocence,and big bad scary psycho,in one scene,is no wonder why she became an over night success,to then disappear without a sight.
This alongside The Hand That Rocks the Cradle was two of the better thrillers released that year,with the early nineties becoming famous for thrillers,rather than horror,we had to wait till the end of the decade,before horror became mainstream once more.

A decent,but is still a hard watch, still with an impressive debut from Miss Silverstone.
3/5⭐️⭐️⭐️ 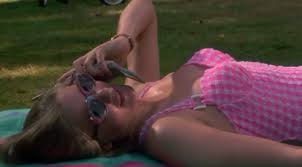