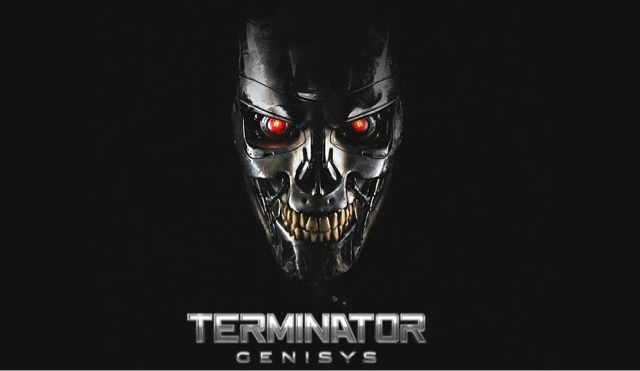 I want a genuine discussion on this film,a film that I thought wasn't that bad,it was certainly better than Rise Of The Robots, Jonathan Mostow's effort,and better than the other dreadful film, Terminator Salvation,the film with the worst collaboration in motion picture history, Mac G and Christian Bale.
At least this film, Genisys is a serious sequel to Judgement Day,ignoring the other two,and pretending they never existed. With an onform and return to the franchise,the man muscle Arnold Schwarzenegger.
I will point out the flaws,and the plus points.The story,for such a complicated story,timelines etc isnt half bad,recreating certain scenes from the original Terminator is brilliant,the CGI and motion capture of  a younger Arnold is frankly amazing,even the actors,with the one looking a spit of Bill Paxton,as the punk,in his first film role was brilliant to watch. The scene then with an older T800 model fighting his younger self,with a Sarah Connor,who is not a victim in 1984 but a hard ass survivalist,I actually thought this film was going to be nothing short of brilliant,but I will now make my points on why it doesn't work from this point.
Sarah Connor,is seriously miscast,with Game Of Thrones actress,Emilia Clarke,looking like a 15 year old girl,rather than a kick ass bitch, Jai Courtney,as Kyle Reese "please !!!!!" An actor who has as much screen presence as a dry sponge. He cannot act,I'm sorry to say,two films he has starred in,and two films bastardised and ruined,A Good Day To Die Hard,and this film. Another major point if you have a younger Arnold from the first film,have Robert Patrick back as the T1000 at least,that could have made this film memorable,and have a more nostalgic feel to it.
Why does Star Wars Episode 7 work so well,because it mixes the old with the young perfectly,a film that you feel a sense of comfort from watching,whilst reminiscing,this film Genisys for a brief moment almost got it right.
It has less comedy than previous Terminator 3,but doesn't take it self to seriously like Salvation did,the effects,fight scenes,and violence is a ridiculous 12 rating,and easily could have been a 15 certificate in the UK. The whole idea you get from this film that you will never stop judgement day,is a fantastic one,and even so with modern technology,it will be inevitable that it will happen.
The explanation of an aging Arnold or T800 is very clever,that the cyborg he is,is still Incased in human skin and DNA,and like everything else,will age is genius. It is nice to see an older Arnold,not trying to pass off as a younger version,with grey hair in the end is just brilliant.
As I said earlier this could have actually been a five star film in the making,the script,the direction,the return of Arnold Schwarzenegger is fantastic,but if you want to make a movie that is reminiscent of the original movie,and you go to great lengths to get Arnold perfect,why not bring  back a younger Linda Hamilton,as she is Sarah Connor,even create a story around her,even if she is older,the same for Michael Bien as Kyle Reese.
To have Lee Byung-Hun,as a T-1000 and not have Robert Patrick is just criminal,and unforgivable,if you want to make a Terminator hybrid film that included past scenes,go the whole hog,and bleeding do it right,and not have week character actors in the form of Emila Clarke,as Sarah Connor,and Jai Courtney as Kyle Reece,take these out of the equation,and this might,emphasis the word might just have worked,bringing back old characters or actors,even in CGI form,this film could have been absolutely amazing,instead it was after all,the violence,special effects and explosions just an average film, so disappointing really.
2/5⭐️⭐️ 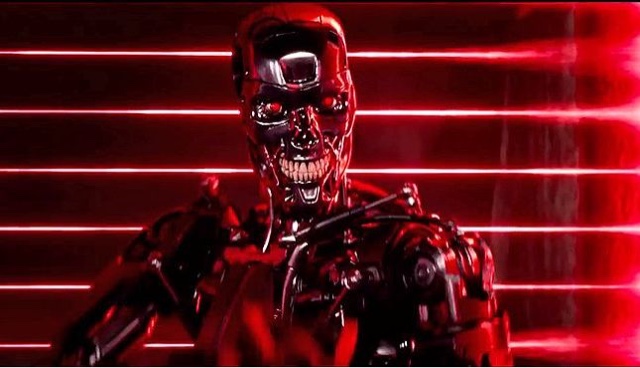