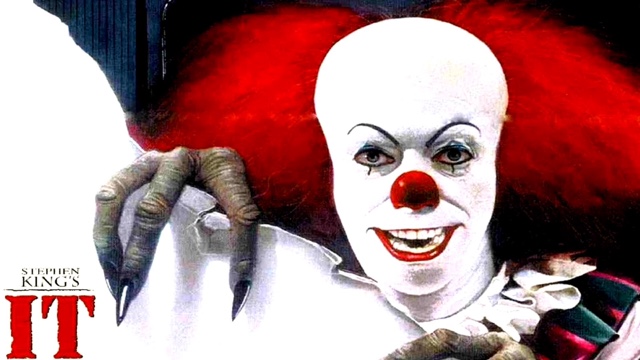 This undoubtedly is the most famous onscreen clown,the otherworldly being,Pennywise The Clown,that knows all your deepest fears. The doorstep of a book by Stephen King,that made a mini TV series in 1990, a three plus hour show,edited into one huge film. With news of it being revisited again this year 2016 with a remake or reboot,or whatever you call it. Cary Fukunaga’s adaptation will bring Pennywise alive once more.
Then again,it will be a hard push to come close to beat the performance From Tim Curry,one of the most underrated actors ever,yet his most famous roles to date,he has been covered in makeup,and prosthetics,eg Pennywise the Clown, The Devil in Legend,and Frankenfurter in The Rocky Horror Picture Show.
With other famous TV actors at the time including John Ritter,Harry Anderson,Dennis Christopher,Richard Masur,Annette O’Toole,Tim Reid,and Richard Thomas, were known as the Losers,childhood friends who realised that missing children in the area at the time were linked to this evil being,and at the time vowed to destroy him. When 28 years later,more children go missing the childhood friends reunite,to fulfill a pledge they made,that if he resurfaced again,they would banish him again.
A simple tale,but effective one,although Pennywise was the main guise of this being,it had the ability to read your deepest thoughts,and fears,and could transform and scare you with your worst fears,with the main acting plaudits going to I think the child actors in this,with that part working more than the grown up section of the movie,very similar to the movie Occulas,with the Child actors,trumping the adult actors.
A scary mini series,that I do hope is not ruined with the new remake,one that has grown a huge cult following,amonst its fans,a film 26 years old now,but is still regarded as being groundbreaking horror,with the most iconic clown image to grace our screens,played wonderfully menacing by Tim Curry. A classic in all sense of the word,that needs to be seen.
4/5⭐️⭐️⭐️⭐️ 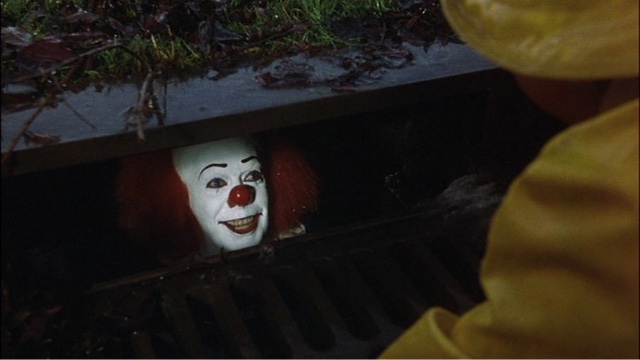