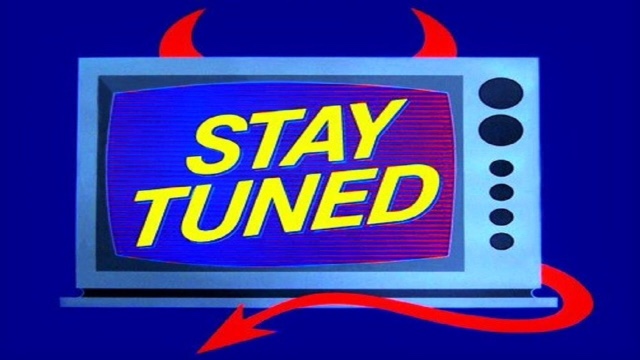 After some quite deep,and strange films this week,I want to do something a little lighthearted,this devilish little comedy. With the height of commercialism in the early nineties,with greed straight out of the late eighties,well before the recession,that followed,it was the American Dream to own the biggest TV,you could get your hands on. With a satellite dish,as big as your garden to watch every possible channel,what if you had a strange knock at the door one day,to be offered a trial run of this Home Cinema set,all you have to do is sign your name and it's yours. With 666 channels to watch,the problem is the Contract is with the Devil,with a no returns policy,if you survive a trip through Hellish TV,your soul is yours,if you die though your soul belongs to lucifer himself.
So when couch potato  Roy Knable,and his neglected Wife Helen,gets sucked through into TV purgatory,they have to survive,with The TV shows parodying other famous shows at the time,with a twist. Such as Saturday Night Dead,Three Men And Rosemary's Baby, Duane's Underworld,I Love Lucifer to name a few,yes this film was tongue in cheek,with only a PG rating at the time,but with Tim Burton originally signed to direct,who pulled out at the last minute to direct Batman Returns,such a shame as this film could have been a lot darker,and more sinister if he was still attached to the project. It would easily have been a PG 13,or even a 15 certificate. Shame as he apparently had a lot of good ideas for it.
Still this film isn't that dreadful,and seeing it again recently,it has a dark edge to it,shame it was more comedy based as it could have been a very dark comedy. With comedy starsJohn Ritter,and Jeffery Jones,with it never been showed to any critics,it has been commented on for not being Dark enough for a dark comedy,but being to scary for kids with only a PG rating.
With the biggest genius of having Chuck Jones animate a whole six minute cartoon segment in the vain of Looney Tunes,but with the cartoon characters actually dying,is easily the best part of this movie. With other very funny segments,with A sitcom of elderly people,dropping down dead,called Different Strokes,with another scene deliberately made to look like the control room from Stanley Kubrick's Dr Strangelove, or how I learned to stop worrying and love the bomb, Peter Hyams,did fit in as many classic film references in as he possibly could.
The film is not terrible,it is actually quite good to spot all the film,and TV references in,it is not as funny as it thinks it is though,with a darker edge,and maybe Tim Burton involved it could have been a delicious Dark comedy,shame he left the project,as it could have been a decent little film.
3/5⭐️⭐️⭐️ 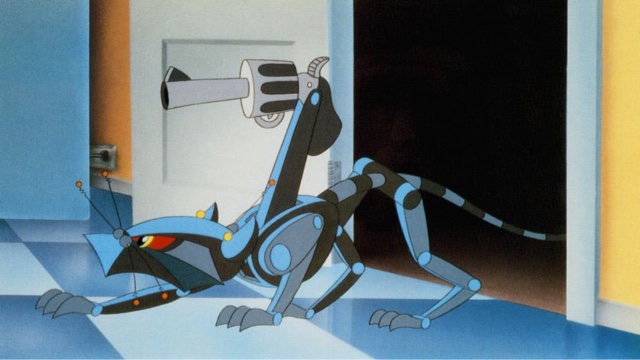