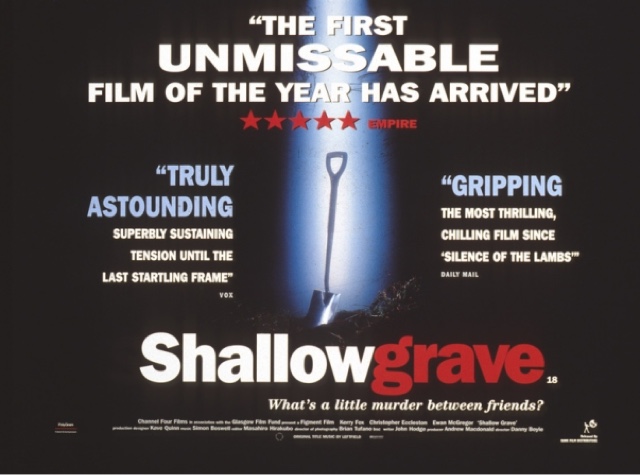 A film from yesteryear,that many have probably forgot about,this five star British gem from 1995,the debut film to introduce the world to visionary director Danny Boyle. With another debut being Ewan McGregor,starring Kerry Fox,and excellent TV actor and Let Him Have It star,Christopher Eccleston,who in my opinion was the best Dr Who,but never wanted to be typecast,and quickly moved on after just one season.
A simple premise of a film,three flat mates looking for a forth to share the rent,with the iconic image of all three sitting on the couch,interviewing potential flat mates,with Ewan McGregor's charm coming through immediately. They eventually settle on Hugo played by Kieth Allen.
Unfortunately Hugo is found dead in his bedroom days later,next to him is a suitcase full of money,now most people would call the police,but the three decide through greed alone to keep the money,and the disposal of Hugo,with some of the most horrific sound effects,of bones being cut through,with Hugo's body in the Bath.
With the quiet accountant played by Christopher Eccleston,the only one with the balls,and guts to do the deed,which unfortunately drives him a little mad latter on. When the body is found buried in a shallow Grave,the body is somehow recognisable,by DNA,and the Police come knocking,alongside the criminals who Hugo has stollen from,wanting back thier money.
This film is nothing short of brilliant,the one place setting is genius,with 85% of the film shot in the flat,they live in, it covers paranoia,murder,tension like you would not believe,and probably the best use of sound I have ever heard in a film,without seeing any of the body disposal,but clearly hearing it,makes the scene even more horrible.
With fantastic acting from all concerned,this film is just brilliant,but strangely forgot about,as a year later a certain film called Trainspotting hit our screens,and made Danny Boyle,and Ewan McGregor,huge in the world of movies.
Everything is right in this debut movie,the acting,the sound editing,the cinematography is fantastic,the movie soundtrack,easily the best film of 1995,followed only very closely by Leon, or (The Professional ) in the States. Danny Boyle has gone on to bigger and better things,even winning an Oscar for Slumdog Millionaire,but his debut is one film that should be revisited,and reclaim the credit it deserves.
5/5⭐️⭐️⭐️⭐️⭐️ 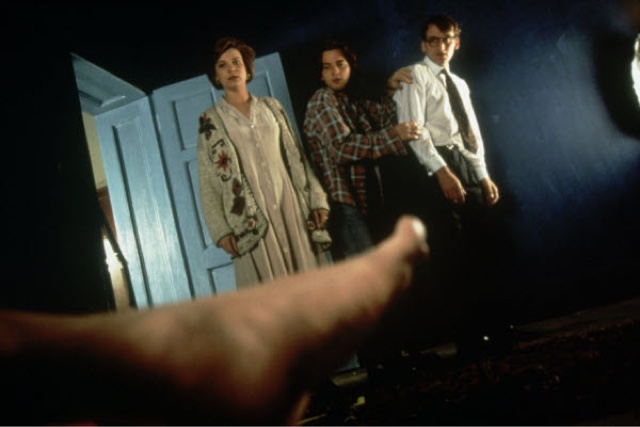