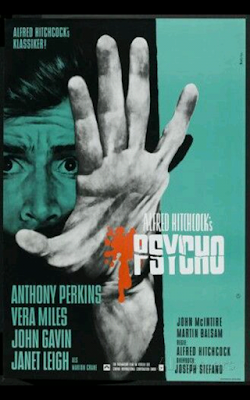 Another one of my favorite films, this little gem from a certain director called Sir Alfred Hitchcock, a simple story of greed, opportunity, voyeurism,and a little murder thrown in for good measure.
A film that bravely kills off its main star in the first third of a movie, it must of had producers head's spinning in Hollywood, "I have this story, but the main character will die very early on in my movie".
In some ways,though that is the genius of Alfred Hitchcock,what sets him apart from other directors, that he was never safe with his films, always prepared to take risks.

An opportunist woman takes her chance and steals the wages of her colleagues from work, whilst on the run, stops at this remote motel, run by a very shy but strange man Norman, who has very serious mother issues.

With easily the finest performance going to Anthony Perkins, as Norman Bates the Manager of this motel, alongside his Mother, who you never see. With a Shy, but creepier exterior, who is constantly in fear of his Mother.
We have probably one of the best thrillers ever made, with it being filmed in Black and White, as the producers never liked the idea of so much blood being on screen, and running down the plug hole, which i think made this film even more Iconic.
A film ruined by sequels, but then again, it was the most profitable X rated film at the time, so it was inevitable that more films would follow. A film that almost had its memory ruined by Gus Van Saint in 1999, when he tried a shot for shot remake, so badly miss cast, that it doesn't even become a poor Cousin of this film, but a very distant relative, that is easily forgotten about.

A masterpiece of tension, and fear,with some fantastic acting from all involved, a must see five star movie, in every sense of the word.
5/5⭐️⭐️⭐️⭐️⭐️ 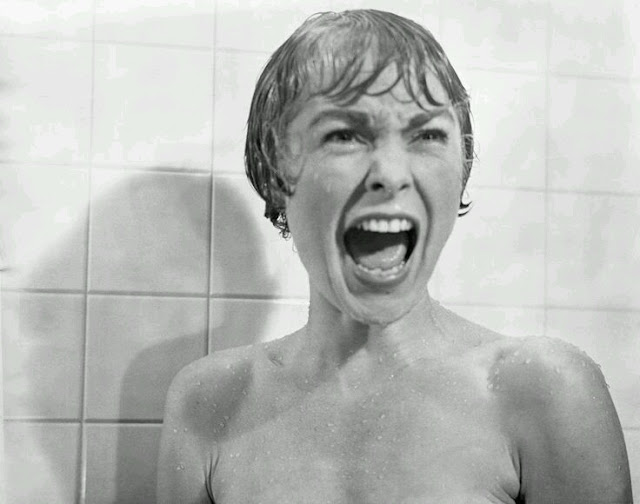