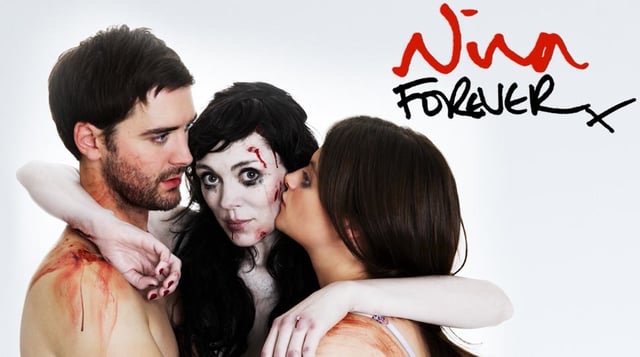 We all know sex is messy,exchanging bodily fluids,but this film from the Blaine Brothers is certainly the messiest,but with blood covered sheets instead,of any other bodily fluid.
Meet Nina, Rob's dead girlfriend,who only appears,whilst Rob,and his new flame Holly are having sex,a film that sounds preposterous,but is absolutely genius, in probably the best written film,I have seen in decades.

Forget about all the nudity in this film,and believe me their is a lot,behind this,is probably the most truthful,and genuine film about dealing with grief,and the loss of a loved one.
Nina is that Metaphor,that constant reminder,of that loved one,the reason you don't move forward,start new relationships,the memory,or constant reminder of a love,that in all reasons is holding you back.

I know this because three years ago I lost a loved one,my Dad,my rock you may call him,and like the character Rob,I suffered depression,withdrew from the world,and became suicidal,losing my job at the time,through depression and grief. That is why this film allowed me in.

With some of the finest acting on-screen I have seen in quite a while,especially New comer Abbi Hardingham,as Holly,who will try to persevere all the distractions of a bloody corpse,to stay with the man she loves,to make sure he is happy,and can help him move on from Nina. This is neither a horror film,or really a love story,it is a genuine story about life in general,that covers everything we all experience in life love,loss, relationships,and horror in grief,which is perfectly represented by the bloodied Nina.
I cannot stress how good this film is,yes it is deliberately slow,it is extremely bloody,and full of nudity,with genuine wit,especially from Fiona O'Shaughnessy as the sarcastic Nina,constantly goading Holly, with other great performances from Cian Barry as Rob,with probably the most moving scene from Nina's Dad Dan,played brilliantly by David Troughton,when he finally breaks down from the grief he has been surpressing,is truly genuinely moving.
With a fantastic soundtrack to boot,to complement the film,we have one of the decades,most different,but moving films, I have ever seen,being certainly the most original,praise to all involved,the actors,cinematography from Oliver Russel, to Ben,and Chris Blaine,be proud of yourselves,as this film is positively brilliant.
5/5⭐️⭐️⭐️⭐️⭐️ 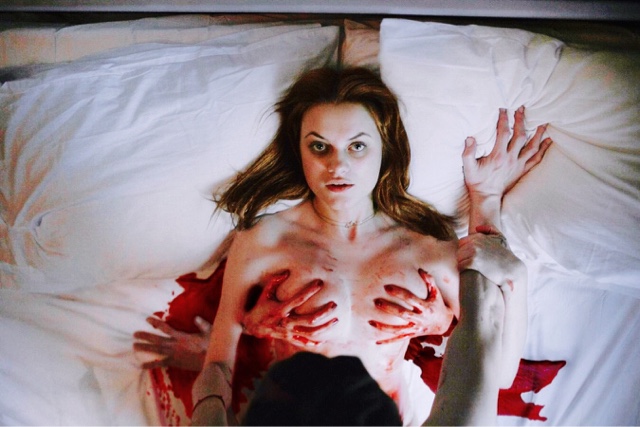