Lord Of The Flies. (1963) Film Review. From the Best-Selling Novel By William Golding. Distributed by British Lion Films Uk. Directed by Peter Brook. 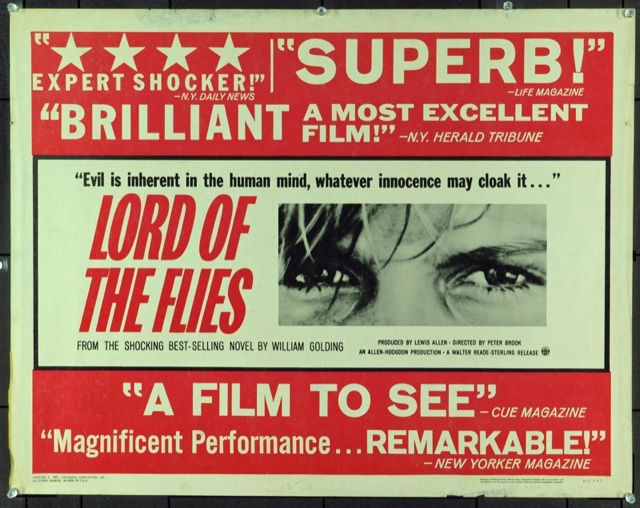 This was a Book originally I was studying for GCSE English in the mid to late Eighties,with a very cool teacher,she knew to engage her students,she brought in her own video cassette of this film,to really get across how horrible,and brutal it really is.
And you know to this day I haven't forgot about it,thirty plus years later,a film they tried to make in 1990,and my god what a piece of shit that was.
This is such a simple premise,War time British Children,being moved around on an aircraft,that crashes,leaving the survivors stranded on some dessert island,with all adults being killed in the crash,which leaves the children to fend for themselves. With no parental guidance,the shocking part of the film is how feral,and inhuman some of these children become.
With a battle of wills between,really good vs evil,as the survivors split into two camps,the moderate Ralph,and his friend Piggy,with Jack and the rest of his crew,who were once Choirboys. Although this film is not particularly brutal,in showing bloodshed,the whole idea of children,some as young as six,that turn to savages,is truly frightening, with a spoiler here sorry,the Death of Piggy,is absolutely heartbreaking,and also incredibly cruel,as he is the only one who understands both boys,and he is really the mediator between both camps. With absolutely brilliant acting from the young actors,some had never acted before,is truly outstanding,the Book is an amazing piece of literature,but this film is truly groundbreaking at the time also. Without this book,and film, Children Of The Dammed,and even Children Of The Corn would have never existed either.
A must watch,I have seen many horror films in my life,and most are forgettable,strangely this film has stuck with me most of my life,although not really a horror,more psychological,it really is a brilliant,and shocking piece of cinema history.
5/5⭐️⭐️⭐️⭐️⭐️ 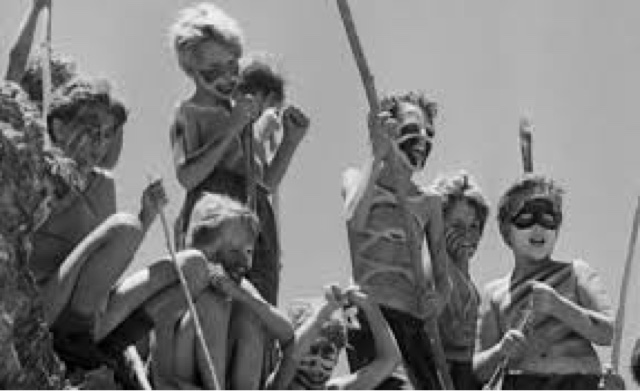