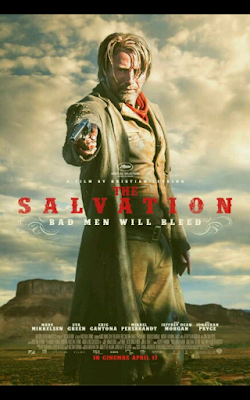 I've been waiting years for a decent western to come out,with Unforgiven being the last great western to hit our screens,almost 24 years ago.
When I watched the trailer for this film I had a huge hunch it was going to be good,but it totally blew me away how blooming good it is.
With true history being added to the story,about the Dutch settlers,and the first discovery of the black gold,we call oil now.

It is a very simple tale of revenge,when his wife and child are brutally slain,from two drunk cowboys,he takes revenge and kills the two with no mercy,the problem is one of the cowboys has an older brother,who oversees this small Texan Town,by extortion,and collecting fees to protect the town.
He wants equal revenge also.

We have a very slow film,that from the opening scenes,are compelling,you know you are in for a great experience.with a scene stealing form from Mads Mikkelsen,who barely speaks in this,but just by expression,and body language,he is a baddass, With support from Eva Green,Jeffrey Dean Morgan,and even former football star,turned actor Eric Cantona.

It is without doubt one of the best western's of our modern age,brutally realistic ,excessively violent,a film to show how brutal the Wild West really is,and in fairness,it is incredible how modern America was formed,because it is amazing that anyone would survive such a brutal existence. Mads Mikkelsen is a great actor,one of the best Bond baddies, in Casino Royale, brilliant as Hannibal Lecter,in the TV series Hannibal, and in Valhalla Rising. I haven't seen Jeffrey Dean Morgan as sinister,since his role as The Comedian in Watchmen. Even Eva Green,in a role where she doesn't speak,as she is mute,proves her range as an actress,and is totally believable in the role she is playing.
This film is a slow moving,but absolutely brutal film,with realistic violence,most of it senseless,with a believable ending,proving the Wild West was just that,a viciously savage place,with men that would shoot you for no reason,if this was the start of the American Dream,well I'm glad I wasn't a part of it,because it must've been a vile time to live.
A brutal revenge Film,that is definitely up there as one of the great westerns,not quite as good as Unforgiven,but it is damm close.
4/5⭐️⭐️⭐️⭐️ 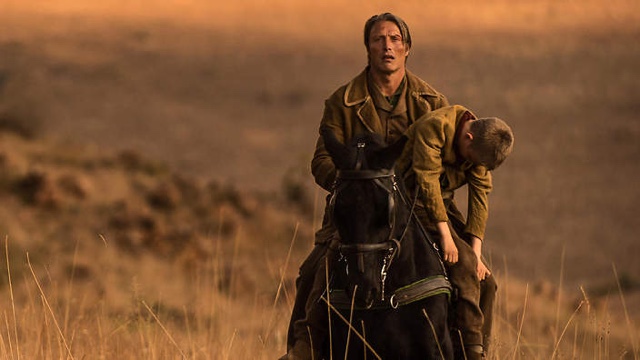