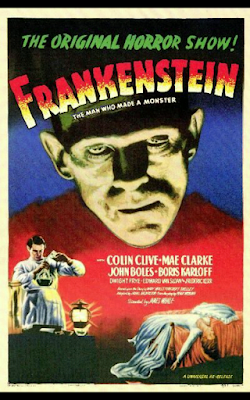 "It's alive! It's alive! "the most famous line in motion picture history,this film is still the best,although it has been remade,and rehashed so many times,with none coming close to this original.

The first to bring science,and reanimation together,which is amazing as it was made in 1931,the most confusing title ever,that so many confuse the Monster as being Frankenstein,where he is only referred as the monster, Henry Frankenstein was the name of the doctor.

I first saw this movie in the 80's when a good friend was only into classic cinema,at only eleven years old,he introduced me to this Dracula,The Mummy,with other classics such as Abbot and Costello Meets Frankenstein (1948) probably my first foot in the water to horror.  Although this film is not particularly scary,it still had censorship issues,due to a scene involving a young girl,and drowning. Strangely this film is really a love story between Henry and his love of his life Elizabeth,with the monster,really being a subplot.
Directed by James Whale,who wanted it to be set in almost an alternate time line,including modern technology,hairstyles clothing,whilst still keeping a Victorian look about it,with it making three more Sequels,The Bride Of Frankenstein,Son Of Frankenstein,and Frankenstein meets the Wolfman,this is still the classic,that I enjoy,with Boris Karloff perfect as the Monster,and an actor who became the poster boy of most of the Universal classics.
I had the Universal Monsters Blu Ray box set brought for me the previous Christmas,and the packaging,art cards,and extras,is truly outstanding,and although the British Hammer Films were good,I still prefer the Universal Monster's of the Thirties,Fourties,and early Fifthties. An absolute classic in every sense of the word,and at only seventy minutes long,you could almost watch it in a dinner hour at work.
I love this film,a classic,always,an easy 5/5⭐️⭐️⭐️⭐️⭐️ 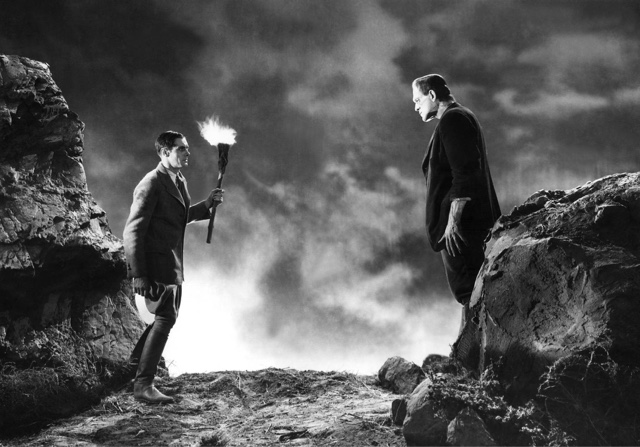