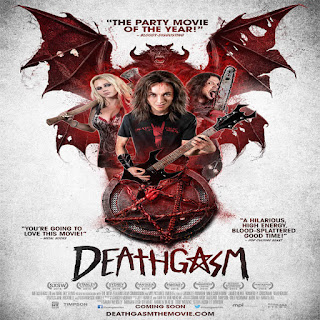 Welcome to the bloodiest Death/ Thrash metal film you will ever see. Think of it as a mix between, Tenacious D And The Pick of Destiny,meets Peter Jackson's , Braindead. A fantastic film from New Zealand,proving in recent years the best bunch of Horror coming from the Southern Hemisphere.

New Zealand,and Austraila,have produced some of the most original horror in the last 12 or so month's. With Housebound,Wyrmwood,The Babadook,Wolf Creak 2,to name just a few,With This beauty easily being the best fun.

So your the only metal head in your class,you want to start a band,be famous,and then say "fuck You" to all the bullies,easy just summon up the king of demons,by playing his song,You have recently acquired from an ancient paper parchment.
Instant Hell on Earth,as everyone who were in earshot of listening,playing from your garage,has turned into blood vomiting,soul craving demons.

The films simplicity is why it is so good,and likeable characters Brodie,and Zack,and Medina,three friends caught up in the demonic mayhem,becoming expert demon killers,using axes,chainsaws,dildos,butt beads,and a guitar with a power drill attached to it. With James Blake as the bad boy Zack,who reminded me of a young Heath Ledger,from his early movies,with excellent support from Milo Cawthorne as Brodie,and Kimberley Crossman as Medina .

We have one of the most violent,bloodiest gorefest I have not seen the like ,since the horror days of Peter Jackson,winner of many gore awards,with a 88% fresh approval on Rotten Tomatoes,we have a thrashing,cutting,sawing,chopping,demon hunting blood splattered gorefest of complete fun and mayhem,a film that I cannot recommend enough,an easy 4/5 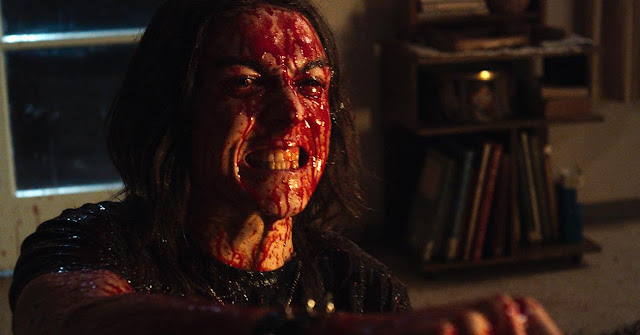