Clown (2014) Film Review. Distributed by Dimension Films,and Filmnation Entertainment. Directed by Jon Watts. Rated R US, Certificate 18 UK. Available on DVD and Bluray in the UK now and from 23rd August 2016 US. 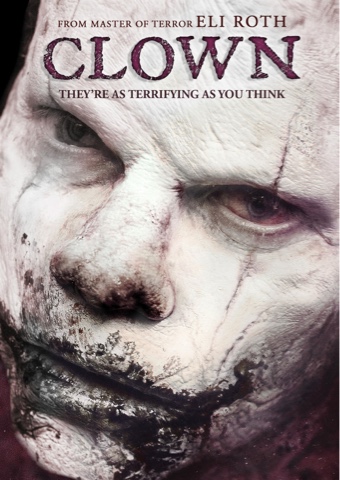 Welcome to an Eli Roth produced film that is actually quite good,considering how bad his own two recent efforts,Knock Knock,The Green Inferno, was and don't get me started on the TV show South Of Hell.We all know that Clowns are scary,and has been a thing of nightmares,especially in Horror.well this takes the idea,that the origins of Clowns come from an actual Demon,from Iceland,who lived in caves,was white as snow,with a cold red nose,that tempted kids for sacrifice,one child for every cold month of winter,5 months in total.Clowns were then the norm ever since,with the painted faces,red nose,but what if you actually wore the original clown outfit,from the master clown,and what if it isn't a suit,but a skin,that moulds to your own skin,and turns you slowly into that Demon,with a thirst for blood,children's blood in-fact.

When real estate agent Kent McCoy,had been let down for a Clown for his sons birthday,he finds a case in one of the houses he is selling,which to his surprise is a clown outfit,he becomes the hit at his sons birthday,problem is,he falls asleep exhausted,after the party,like most adults do,and wakes the next morning,unable to remove his make-up,clown wig,nose,and outfit.
With controversial kills,all children,which you do not see usually,in any film really,but put the film in context with the Famous fairy tales,they all involve danger,peril and death to all children,which this story is really based on a myth,think of it as a grown up f##ked up fairy tale.we actually have a decent horror film,extremely well acted,with no actual kills being seen onscreen,which wouldn't have worked,if we actually saw the kills,then again who would want to see a child ripped apart onscreen anyway.
My only gripe with this film,it is slightly overlong, at over 100 minutes for a horror movie is too long,80 minutes is the average lengh for most horror films. When I looked at the hour mark,and had another 40 minutes to go,it was like "really!!!!" Still it is not as boring ,as some online reviewers say it is,maybe 15 minutes cut off this and it would have been perfect. With a great performance once more from Peter Stormare,who is the only known survivor, of wearing the Clown suit and still living,with acting kudos to Andy Powers,as Kent/clown we have a half decent horror film,yes it is controversial, a little too long,but a decent chiller regardless.
3/5⭐️⭐️⭐️ 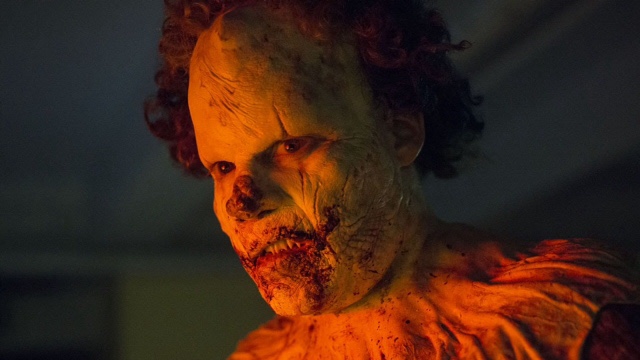