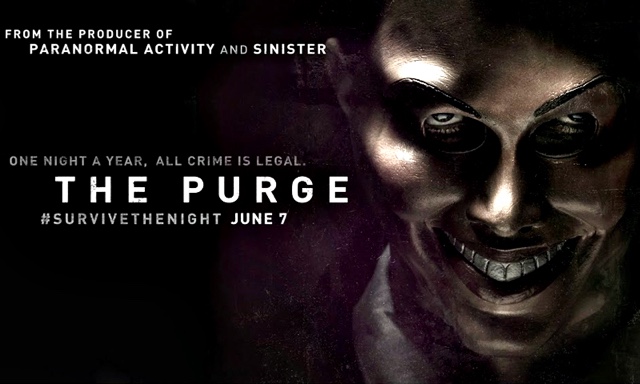 After the release of the third film Purge Election Year recently,and seeing the trailers, I have gone back to these films.to see if they are as bad,as the reviews suggest.
In fairness I do think they have been slightly misjudged, yes I know in this film,the stupidity of the people,especially in this film,that on Purge night,they open the door to a person being chased,when they live in the most secure house In that street,with the most hi-tech locks,and security systems,they could have sit out the night quite quietly,without the threat of being disturbed.
The only problem with this film was it was made to be a home invasion type movie,without the real explanation what was really going on in the world outside,that Purge Anarchy did slightly better.
An idea which in principle is the scariest ideology,that all crime one night,including murder is legal.
We all know the top 1% in society will be laughing,as they live in gated communities,with top notch security,and the rest of us normal folk will have to battle it out and survive every year.
The whole idea,is all about social cleansing,knowing the poor in society,will suffer more,and be most likely killed,on that one night,as they are Infact the drain on society,with welfare drains on Government.
It is that whole idea of this film franchise,that is so absolutely terrifying,especially with so many right wing ideas in Government,in the UK at the moment,such as welfare cuts,and cuts to child,and adult services,and a lunatic right wing nutter in America wanting to be President in the form of Repulican Donald Trump.
I didn't want to go off on a political rant then,but this film and especially this franchise,does offer that notion,what in the future this could actually be an idea from a right wing party,to deal with all the poor,and sometimes drains on society,from people with wealth and power,to take back,what they do not want to give out,and that is there wealth,to those who do not deserve it.
Anyhow back to this film,it is surprisingly well acted,especially by the usually always reliable Ethan Hawk,and Lena Headly,as James and Mary Sandin, with a sinister performance from Rhys Wakefield,as the Purger who obviously is middle to upper class,who sees it is his right to kill a homeless man,who the Sandin's rescue. He and his group of Purgers will not hurt the Sandin's as long as they give up the homeless man. With the Sandin's growing a social conscience,that it is not right to give up someone so poor,and live,so they ride out the night to protect this stranger,whilst battling with these murderous sadists.
Yes the film is not perfect,other home invasion films are much better,The Strangers, Funny Games and No vacancy,but this film should still hold its head up higher,and is a lot better than the press,and other controlled right wing media,say about this film,why ? Could it be closer to home,with their own ideology,that the way forward is social cleansing. I'm not entirely sure why it is so universally hated, I Think the creators of this franchise are actually decent people,making a genuine point,that the Top percent in society,will always look down on the lowest in society,that is why this franchise should be taken more seriously.
4/5⭐️⭐️⭐️⭐️ 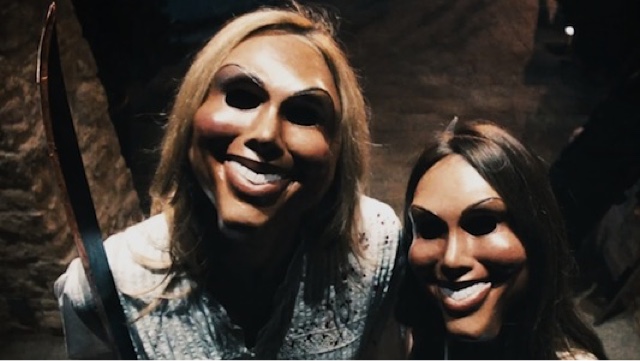