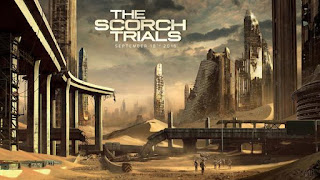 I had thought long and hard at whether I include this movie on my blog,and after watching it, I think I have a legitimate  reason too.
It is actually bloody scary in places,with Zombified humans desperate to pass the virus on, called the 'Cranks' in fairness the zombies in this are far more scarier than World War Z,and this being a 12 certificate in the UK,and PG13 in the US.

Yes we have another film based on a popular children's book series,with The Hunger Games, now completed,with Divergent another series still being filmed. This is actually the second book,and film of the franchise,and it is not bad. It carries on straight from the first movie.

If you haven't heard of the series,I will give a quick recap,the earth has been ravaged,by the collapse of the sun,scorching Earth,alongside this a virus has broken out,called 'The Flare' taking over the rest of humanity. With only so many immune left on Earth,the children are the future apparently,as they are the immune,first put into a test of a huge Maze,with mechanical spiders injecting the Flare virus,if they try to escape. A few survivors do,and they realise the whole world,or what is left is being controlled by a government organisation called W.C.K.D with sinister leaders wearing white clothes,determined to bring these child survivors in. With a resistance wanting to take down W.C.K.D called the Right Arm.

Are you up to speed now? Anyhow going back to this story, I was actually mightily impressed by the Zombie effects,they are actually terrifying,as much so as any Zombie made film recently,they are fast,vicious,and way too scary for a child's film,but that is my opinion.

With likeable characters,who are prepared to risk all the dangers of this new ravaged world,to beat this evil corporation W.C.K.D with some great action moments,that will actually leave you breathless,and some fantastic chase scenes, by the way the Subway scene is by far the best in this film,incredibly creepy, I didn't see it coming, if you haven't seen it I will give no plot spoilers,but it is very creepy,and action packed. With I think another three more books in this franchise by Author James Dashner. We might actually have a more grown up style of films,made more for kids,that the adults can enjoy also.
3/5⭐️⭐️⭐️ 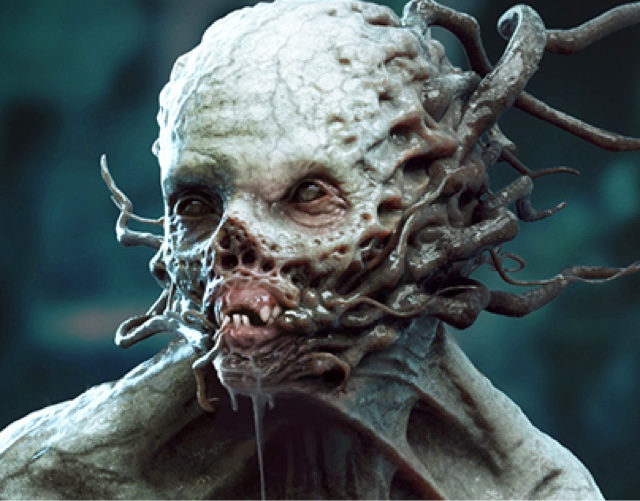