This is a very strange Indie TV series,very short also at only three episodes,by the creator and director of the Channel Four series Misfits, Alex Garcia Lopez.
I have seen it and,it is a strange one,a dystopian future,in an unknown British City,with a very clever nod to Blade Runner,but on a smaller budget obviously,with the Chinese element prevalent,with Signs in English,and Chinese,plenty of backstreet Chinese restaurants. We have no flying cars,but we do have neon buildings.
With a very strong British cast starring Natalia Tena,who is known for two Harry Potter films,and a starring role in Game Of Thrones,Iwan Rheon,famous for his roles in Misfits and Game Of Thrones,and Finally Jamie Draven,who we have seen in the ITV series Ultimate Force,with other film roles In Badlands,and his most famous role as the older brother in Billy Elliot.
A story of a chemical explosion on New Years Eve killing hundreds in a Nightclub,with the British Home Office immediately clearing the area,within a five mile radius,creating an infected zone,patrolled by armed officers. With the Home Office repeatedly doing press conferences to say the contaminated area is controlled and safe.
The Problem is strange occurrences are happening very close to the perimeter of the contaminated area,with a dark mass,or residue taking over residents,which eventually leads to there suicides,which are being caught on camera by photographer Jennifer Preston,who she convinces her boyfriend who happens to work as a spokesman for the Home Office,that something isn't right.
For a three episode series,it is an interesting one,running at just over 129 minutes,or 43 minute episodes,we have a paranormal event taking place,that the British Government may just know about,and just might have caused the explosion,to create the contamination zone to really find out what is going on. With some great acting,and a director who certainly has a lot of references to Stanley Kubrick,with an orgy scene,wearing similar masks,and the same music,that was used in Eyes Wide Shut. To very kooky characters,and a very sly nod to Ridley Scott in Blade Runner.
It may be a little strange and weird for some,but I enjoyed it,episode 2 was a little slow,but you are rewarded for your viewing in episode three.
I really want this series to be picked up,and to continue,as these three episodes are like an extended Pilot episode,which does draw you in,with very little explanation what is going on,is what will Stoke the fire,gain interest and hopefully carry on with another series. I can heartily recommend this series.
4/5⭐️⭐️⭐️⭐️ 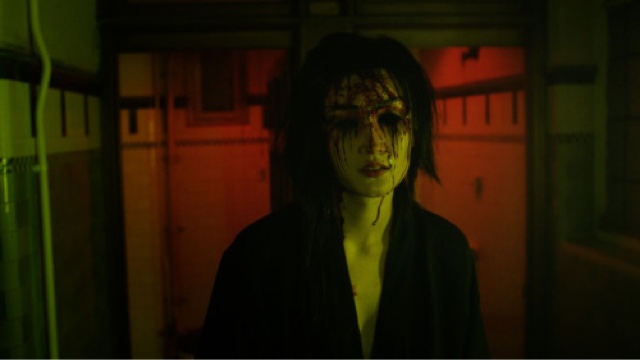