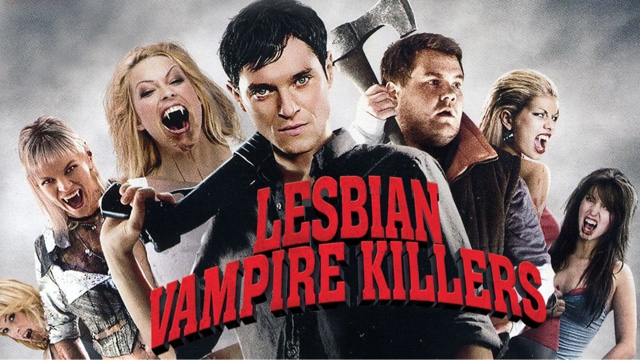 Just because two comedy friends Matthew Horne and James Cordon,make a very successful,and funny sitcom in Gavin and Stacy,it doesn't cross over into a great comedy film,and this is prime example of that.
A film that is so disappointingly bad it is hard to express into words. A story of two losers from London,who travel to a little village in Norfolk,which happens to have a curse on it,and every woman over the age of 18 turns into a lesbian Vampire at night.
Yes we have the usual girl on girl action,with the usual super gorgeous women,that obviously all us men are wanting to see,with tits out,and flesh on display,and thankfully it is not James Cordon.
A film that more bloodshed,and action scenes are put in,to pad out a 80 minute plus film,that could have worked just as well as a 5 minute comedy sketch.
So disappointing as Gavin and Stacy in the UK was genuinely heartwarming,and a really funny comedy,this is neither funny,or gory enough to be either a horror,or comedy, a film that put the two friends to the test,with the negative press,and the film flopping miserably at the box office,they have barely spoke to each other since,and that is the truth from,Cordon's own autobiography.
So if you see this and have never seen before,don't bother,the word Lesbian was only added I believe to get more male bums on seats,a film that seriously misjudged its own audience and fanbase,and was neither funny,scary,and was just a pathetic attempt to cash in on the recent resurgence in British Comedy,especially in Horror,when done properly by serious Comedy actors such as Simon Pegg,and Nick Frost in Shawn of the Dead.
Just don't bother watching this rubbish Vampire movie,and rent or buy SOTD instead.
1/5⭐️ 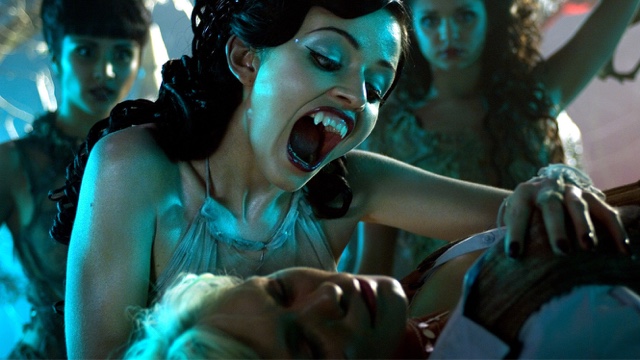