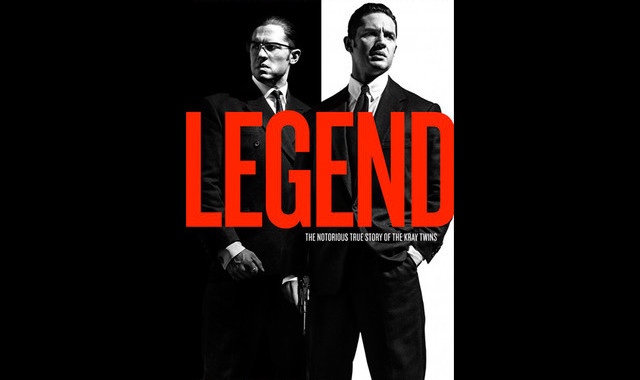 Well here we have the third film to portray the notorious Kray Twins,does this film offer anything new to the story we all know,well not really,apart from we find out Ronnie was Homosexual,and very open in this film about it,and he was more severely mentally ill,than previously shown.
According to reliable sources,This protrayal of Ronnie and Reggie,is the most accurate,although Ronnie was never that open about his Homosexuality,but was known via his social circle.
This film is tremendously well acted,and directed,with a Superb performance from Tom Hardy,playing both roles,but easily being able to tell each brother apart,with his protrayal as Ronnie,slightly edging it.
The film this time is told from the perspective of Reggie's wife Frances,who narrates throughout the film,telling of the meeting of the charming Reggie, their courtship,and marriage,all the while like most women,wanting to change the man she loved.
In all fairness this film is a love story between two people,with three being the crowd,with Reggie having to look after his Special needs brother Ronnie,who in all fairness should have cut all ties years earlier,but out of blood respect he couldn't. The frustration of this is where Reggie loses it and kills Jack the Hat McVitie,because he knew he couldn't hurt his own brother.
Yes this firm is historically more accurate of the Twins,rise and fall in the East End Of London, Tom Hardy is a tour da force,he is beyond brilliant,but does this make a great film,well in this case no.
A film that I'm sorry to say is incredibly slow,a film after the hour mark I was checking my watch,and this I know has been felt among other film followers on Twitter,feeling the same way.
All the historical facts are in there, the loss of his wife Frances to a drug overdose,the murder of George Cornell at the Blind Beggar Pub,the brutal murder of Jack The Hat McVitie,the photographs with various members of the political elite. I actually think this film tries just too hard,to show Reggie in a better light, "Oh he's a nice man" because he is married,and can be charming, he could have been a successful business man,you ask any of his former cronies,but he decided he liked the intimidation,he liked the power,and he allowed,through stupid blood loyalty,to allow his own brother to bring him down.
A film that is accurate according to most,but a film apart from three scenes,of violence,is such a slow mover of a film,even the best performance in the world,could not save this from being nothing more than a standard biopic,of a story most of us already know,especially in the UK. Yes Tom Hardy is brilliant in this,I cannot fault any of his acting,does this mean on this performance alone, I can like this film,well I'm sorry to say no I didn't. An overlong film,offering us nothing really new,to what is already available via print,and various autobiographical accounts.
A brilliant acting performance from Tom Hardy,but the film itself I can only give 2/5⭐️⭐️ 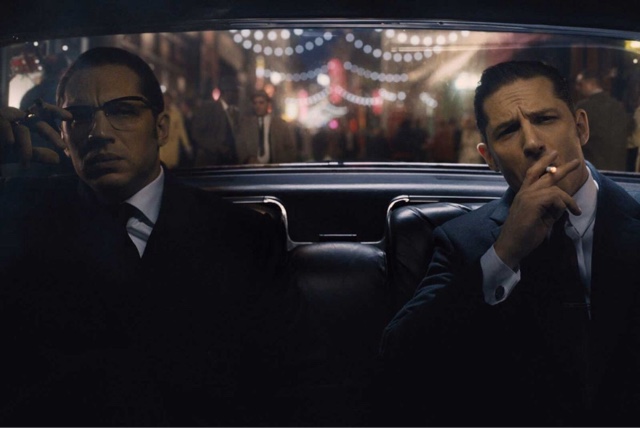