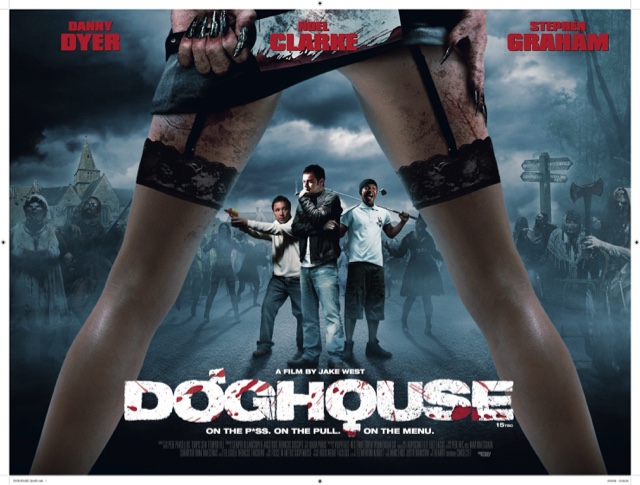 Danny Dyer, is like Marmite you either love him or hate him,to be honest I like the geeza,I liked him in Human Traffic, The Football Factory,The Buisness,Severence, Outlaw,before he started doing only VOD titles,and got his starring break in Eastenders.
With Stephen Graham,the lovable Scouser,who is better known in the US as Al Capone in Broadwalk Empire,and Noel Clarke,who earlier is known for his work on Dr Who,and is a very successful writer,and director himself these days, with Adulthood,4.3.2.1 and the Anomaly to his directing bow.
Coming out the same year as Lesbian Vampire Killers,this has been wrongly compared to that film,but in my opinion,is so much better,a film that actually is funny,with great banter between the male characters. To get over the divorce of one of their good friends they travel to this village,that is well known to have a ratio of four women to every man,in the hope of pulling and getting laid.
The problem is the Army are covering up a biological agent,that has turned the women into men hungry cannibalistic killers,and the lads are squarely on the menu.
What makes this film so enjoyable is the likability of the three leads,the banter,the humour is just right,oh we have lots of bloodshed too,to the obese woman,as well as fancying Danny Dyer's character,she wants to ravish him,and eat him at the same time,when she cuts off one of his fingers,and plays with it seductively in her mouth,before devouring it. To the crazed beautician,with Edward Scissor type hands,that has mutated into her skin.
It is a stupid boys night in film,but with 3 stars on IMDb,and a 48% fresh rating on rotten tomatoes, I can heartily agree with both,it is a piece of violent,enjoyable nonsense,that as I'm now writing this might just order it,so I can watch it again.
3/5⭐️⭐️⭐️ 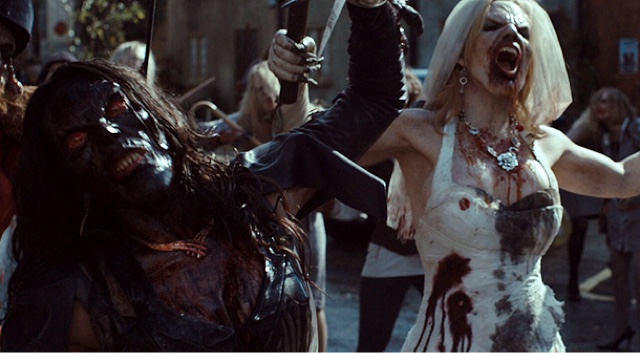