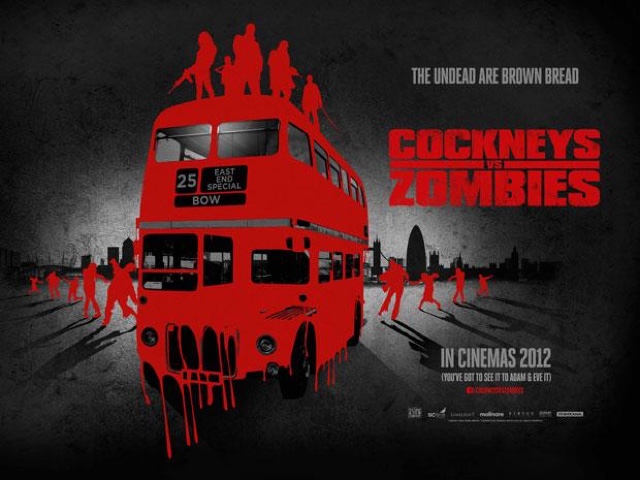 The title says it all,we have a heist movie,crossed with a zombie outbreak,with a rescue from a nursing home thrown in for good measure,oh and one of the residents of the nursing home happens to be a retired Gangster who knows his way round a weapon or too. A film that Stars Honor Blackman,Richard Briars,in his last credited role, with Ex Eastenders, and Wonder Woman,Michele Ryan,with Harry Treadaway,from Penny Dreadful, and recently The Honeymoon, the best character of cause is played by Alan Ford, or Ray Maguire the ex Gangster,who is known for playing similar roles,especially in Lock Stock, And Two Smoking Barrels,Snach,and the Sweeny.
It is yet another Zombie outbreak movie,but what makes it so different,is the characters we are routing for,are geriatric pensioners,who just because they have had a long life,are not prepared to be on the menu. Yes it is a typical Apples,and Pears type cockney slang of a movie,but is actually thoroughly enjoyable. With surprisingly good acting from all involved,and to the last are clearly having a complete blast on-screen.
I really did enjoy this movie, I wasn't expecting that much from it,but in the end was really surprised how good it is, a violent,gun toting gangster heist of a movie,with pensioners with guns,and knifes,showing the youngsters how to survive. Honestly if you have never seen this,give it a go,it is really enjoyable. With the best scene being a teenage, Zombie,tracksuit wearing Mother,with her pram,and Zombie baby in tow,with the best fight scene ever,involving the baby zombie being booted like a football,and lauched into space. Yes it is so wrong,but is generally really funny.
A Gangster, Ass Kicking,Gun Toting,Grandad,Who Ain't Gonna Die Today Type Film 4/5⭐️⭐️⭐️⭐️