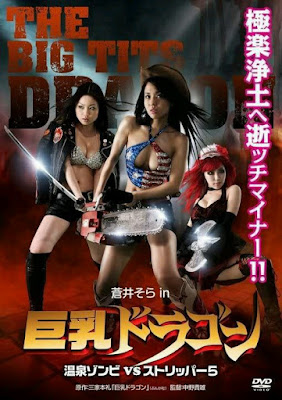 An exploitation flick from Japan,starring some of their  biggest adult entertainment stars, Sola Aoi,Risa Kasumi,and Mari Sakurai. It is  meant to be a parody of modern Japanese life. A film that I thought was just dreadful.

I'm being maybe a little harsh on it as I had no subtitles,and I certainly do not speak or understand Japanese,but the plot to be honest wasn't the hardest to follow,without subtitles I got the idea of it,a bunch of strippers who reads from some ancient manuscripts,and somehow wake the dead.

They fight back with Samurai swords,chainsaws,and we have many scenes like the fight in Kill Bill,but on speed,yes it is made with tongue firmly in cheek,and the girls are stunningly gorgeous,with boobs,and G stings on display for most of the movie. Does this make it titillating enough to watch,well no,not really.

Sometimes naked flesh is not enough to hide serious bad flaws in a movie, when comedy/horror works it is amazing,such as Shawn Of The Dead, Zombieland,Wyrmwood,low budget zombie horror,that works,this film just relies on boobs, and ass to sell a film,which although very nice to see, I still would rather see more humour,and kills on-screen.
A disappointing ass fest of beauty,with great looks,boobs on-screen with nothing new to offer to the genre.
2/5⭐️⭐️ 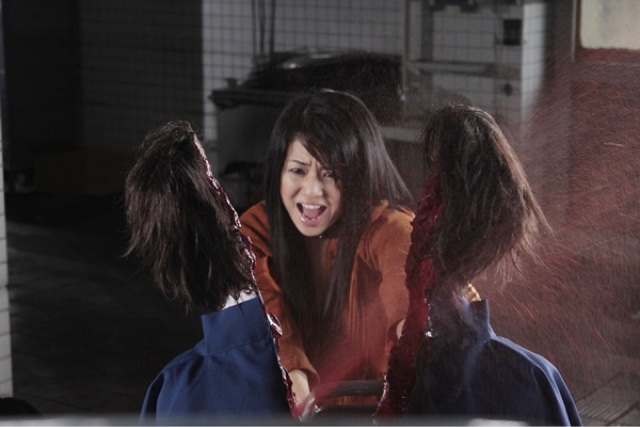