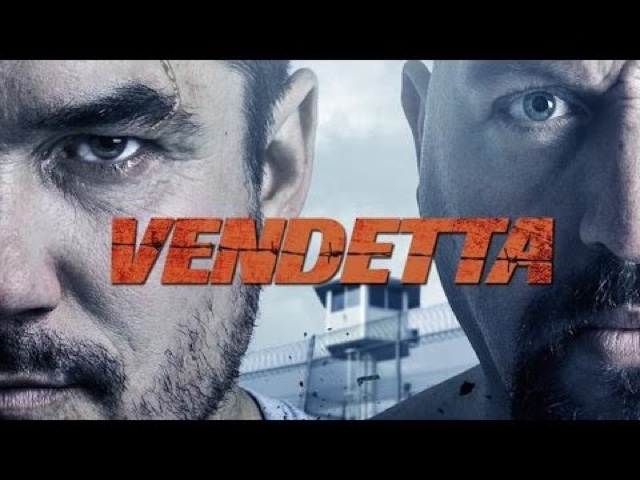 Here we have the Fourth film from the Soska sisters, or the twisted twins who first made American Mary in 2012 then went on to directed the straight to VOD sequel to See No Evil,with this being another VOD title. And you know it ain't half bad,yes we have seen the prison situation before,done many times,and yes we have had some crackers and some turkeys along the way. Think of this as a Death Warrant, or even In Hell, a story of a honest cop,who lost his wife to notorious criminal,and Mr Big  Victor Abbott. With the cop,Mason deliberately getting arrested,in a revenge killing on Victors brother Griffin Abbott.
Somehow strings are pulled,and Mason ends up in the same prison as Victor Abbott,to eventually avenge his wife's death. We have the usual violence you would expect to see in any violent prison film,with vicious beatings,home made weapons,made from broken pens,a metal clip to hold the water pipes in place,turned into a nifty knuckle duster,with screws and rivets,to cause even more bloodshed and damage.
What we have is left is a brutal fight scene,after brutal fight scene,until the climax of a prison riot,in the prison yard,with every convict for himself,and a brutal Mano,Mano fight scene between Mason,and the man monster Victor.
We have the usual stereotypes in prison,the currupt warden,and his deputies,we have the kindly prison warden,who turns a blind eye to Mason's rampage through the prison,we have the friendly old timer,who looks out for Mason,and the typical henchmen you would expect to see,in any prison drama, the heavily tattooed guy,the token huge Black guy. Yes we have seen these type of characters before,but for a VOD title,it really isn't badly acted,even Paul "The Big Show" Wight, WWE superstar of the same name,is decent,and really is a huge powerhouse of a man.
It was good to see Dean Cain again,in a tough brutal film,and not playing the usual whiter than white good guy,still a good man at heart,who is determined to avenge his wife's murder at any cost.
The one thing I  Iiked about his character,or Dean Cain himself,who has been harshly criticised for being a little overweight. Well being roughly the same age as this guy,and also struggling with the middle age spread,it was good to see he had gained a few pounds,as he looked more real,and human for it. With so many Hollywood stars,who looked ridiculously pumped up,it was good to see an average man,with an average figure for a change.
Is this film going to set things alight,well not really,but that is definitely not a negative,it is still thoroughly enjoyable,Saturday night viewing,with beers and dips. I film that I actually did like,yes I had seen similar films,but it is still an enjoyable romp of a film,and another credit to these Great two Sisters,pushing boundaries,in a normally male environment,in the Horror and Action genres. Well done Twisted Twins,I look forward to your next Project.
A bone cracking 3/5 ⭐️⭐️⭐️ 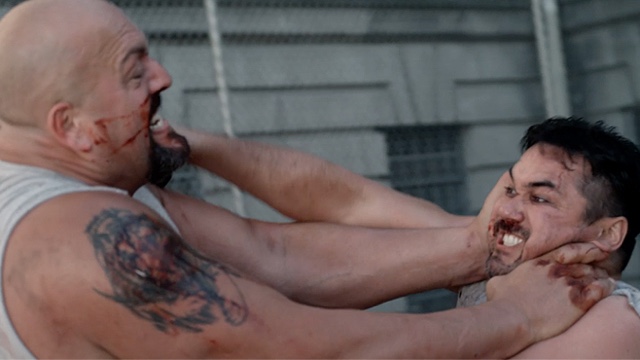