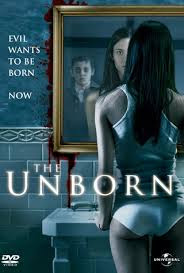 If only this Film was a great as the bottom on the cover,and film poster,we would have had a decent film. Starring Odette Yustman as Casey Beldon who is having strange hallucinations,seeing horrible things,not of this world. With a baby sitting incident,in which she is told by an infant that Jumby wants to be born now,with the infants younger sibling dying soon afterwards we have a strange supernatural movie based on Jewish superstition,about an entity,that wants to be born.

With Casey finding out she was actually a Twin,and her twin brother died in the womb,with her parents naming the dead twin Jumby,we find that is the evil presence,scaring her and giving her evil visions, with him wanting to be born into this world via this time his sister. Yes it sounds strange,but that is the story.

We have the usual scares,of demons,possession of people,and ghost looking children. We even have an exorcism at the end of the movie. All this going on,and yet we still do not have a decent scare in this. Even the usual reliable Gary Oldman as a Rabbi performing the exorcism,cannot save this mess of a film. A film more famous for its Ass on the DVD poster,than anything else.

A film made better by George A Romero in the nineties from a Steven King novel The Dark Half,with a similar idea,about an unborn twin,somehow manifesting into the real world,to be the evil twin.

This film is not terrible,it is not that good either, a typical example of Hollywood big budget Horror film making. A film more about the Jump scares, than anything else. It  will quite easily fill your time for 90 mins if your at a loose end. But there are better films to watch also. Odette Yutsman does have a decent arse though,so for that reason,and a decent cover I will be generous and give an extra star.
3/5☆☆☆ 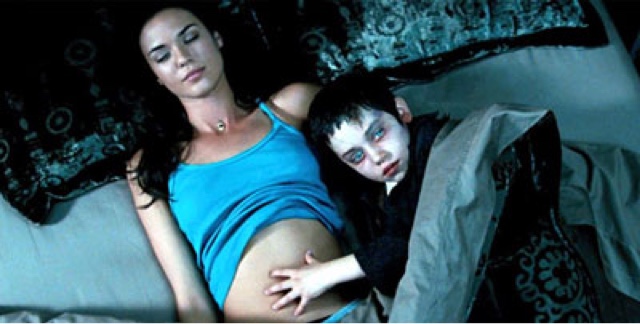