This was a film that Finnished filming,and was wrapped up by 2012. With a release in 2013,at certain film festivals,and fright fests. With this not getting a UK release till 2015. It has been repackaged,and called different names. Breaking At The Edge was the US name,with it being called the Firstling in the UK,with a scarier cover,to make it look more like a Horror pic.

It is actually more a supernatural thriller,that to me has been done before, but better in the early 2000's with Stir Of Echoes  and What Lies Beneath. A story of a supernatural entity, a girl named Sara,haunting a pregnant woman, Bianca Wood,wanting her to find her body,yes she has been murdered, dismembered,and decapitated,and thrown in the sea,with body parts being washed up,near a jetty, still to be found.

She is constantly haunting this pregnant woman,saying her baby will die is she doesn't revenge her,and find her. What we have left is murder mystery,where she becomes detective,and finds out who the Girl is,and she actually haves links to her husband,and brother in law,being the daughter of their fathers Housekeeper,years previous. With the two sons being estranged from their Father,without no explanation,but we do find out later on in a twist I guessed immediately.

The one thing is I do not like about some movies,it is so easy to have a swipe at someone with a mental illness,just because they are on medication,they are automatically referred to as crazy,which is referenced constantly in this movie,any way apart from that small rant,it isn't a dreadful film,it is just a film that has been made better. With a so called creepy soundtrack sounding more like the theme from Snowman, "we're walking in the air" anybody!!!.

To the actress who is Brazilian in real life,Rebecca DaCosta,and at times is hard to understand her accent,so with a strong accent,it is hard to empathise with her,wether acting scared or emotional,it is hard to know. Yes she is beautiful,and may have been voted, the sexiest woman alive,but she cannot act. With her carrying the whole film,yes she is gorgeous,but the casting is so wrong.
we have a film with few scares,hardly no violence,and poorly acted, I think they repackaged it, in the hope with a different cover,people may want to see this film.
Not the best I'm afraid, I have seen better, but it is just okay.
A very generous 2/5☆☆ 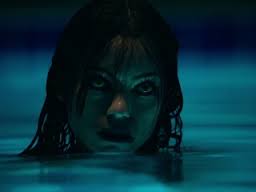