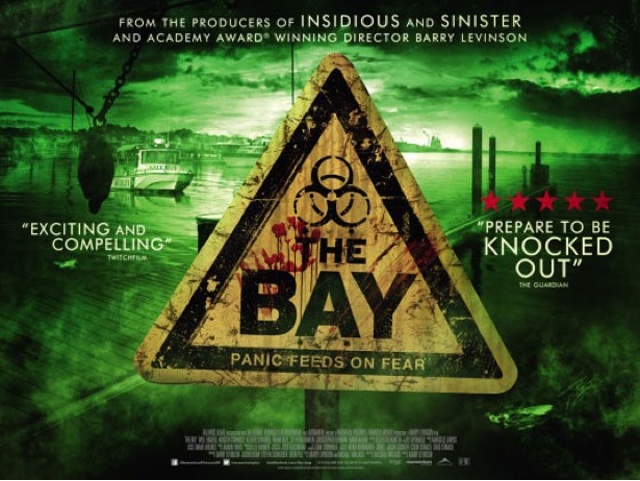 When you here the words from the producers of Insidious,Sinister and Paranormal Activity,in other words Blumhouse,you maybe forgiven for thinking "oh my not another horror movie",in a similar vain,or carbon copy of every other movie out their at the moment. Well you will be wrong this is a generally really interesting movie,about an ECO disaster,which is based on 85% fact and truths,obviously some details,and artistry included,by the director,but all possibilities in this movie could actually happen.
When Barry Levinson, a born and bred Resident from Maryland Baltimore,was asked to direct a documentary about Chesapeake Bay,in which is documented to be 40% dead already,with the worst polluted lakes and rivers,due to its main industry,chicken farming. Which all the chicken waste,is pumped into the local waters,killing all wildlife. The documentary had been done once before,so Barry Levinson decided to dig deeper into this story,and produce a film,all based on facts,about a known parasite known to live in most waters anyway,being genetically changed,due to pesticides and steroids found in chicken waste.
These parasites or "Isopods" have been know to mutate before,and has been found to be as big as lobsters,so why not have this parasite,invade the drinking water of this small town,to be ingested,to use the human as a host,and eventually pop out via the mouth or throat of its victim.
This is no ordinary found footage film,to be honest it has a documentary feel about the whole thing,when a news crew is investigating,a strange disease that is making all its residents sick,all eventually leading in death,on a Fourth of July celebrations. This film clearly puts a stamp on the normally found footage genre,a genre when done well is fantastic to watch,and we have seen some crackers recently,such as Paranormal Activities,Afflicted, The Taking Of Deborah Logan.
With an Oscar winning Director onboard,it gives a certain class to the whole viewing experience,it is not perfect,but is still a terrifying watch,about a disaster,that is completely plausible,all based on known facts and truths,it will have you reaching for the bottled water,rather than the normal drinking water from your tap or faucet,and like Jaws will make you think twice on a warm day jumping into that local lake.
A Fowl, Parasitic,Eco Drama based on complete truths,that will make you retch literally.
4/5⭐️⭐️⭐️⭐️ 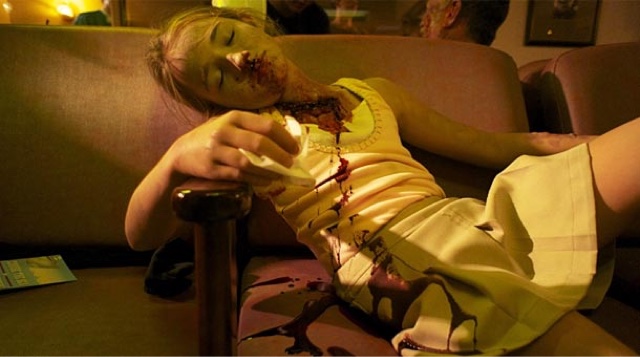