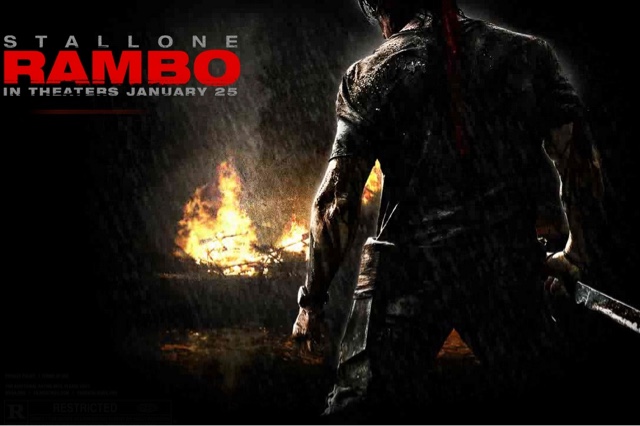 Another film set in the East this time in Burma,a country that has a terrible human rights records,run by a military dictatorship,similar to the previous film I reviewed,with scenes of torture,rape and executions of innocents.
We have a brave film from an aging Sylvester Stallone,written,produced and directed by him,with probably the most violent,with the body count being unbelievably high,with head,limbs,guts,arms flying everywhere. Making a statement I'm back,I maybe older,but the old John Rambo,is still there.
When some aid workers are abducted by the Burmese Army,some are instantly killed,but others are taking as prisoners,mainly the women probably for one reason,and one reason only,for a sexual nature.
John Rambo is approached once one,to use his skills,and knowledge of the area to guide some,paid mercenaries in, to rescue the aid workers,made up of retired special forces personnel.
What we have left is a 70 plus minutes of absolute mayhem,violence,a film that made all the other Rambo and First Blood films tame. A film that was criticised for its over the top violence,but has always been a guilty pleasure of mine,and a film that the Expendables should have been,instead of wimping out,that finally became a PG13,come on,its an action film,with a high body count,but no blood.
At least Rambo wasn't afraid to show the blood onscreen,and loads of it too.
Yet this film will not set the world alight,but it showed to the world,that a sixty something action hero of old,can still keep up with the kids,and produce a fantastic action film,that relaunched his career once more.
A very bloody,violent limbs being flung everywhere type of movie.
4/5⭐️⭐️⭐️⭐️ 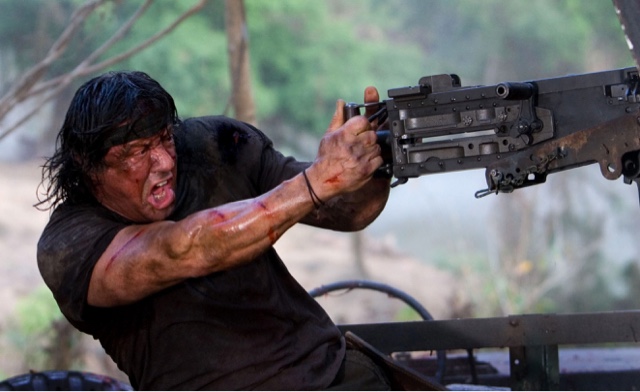 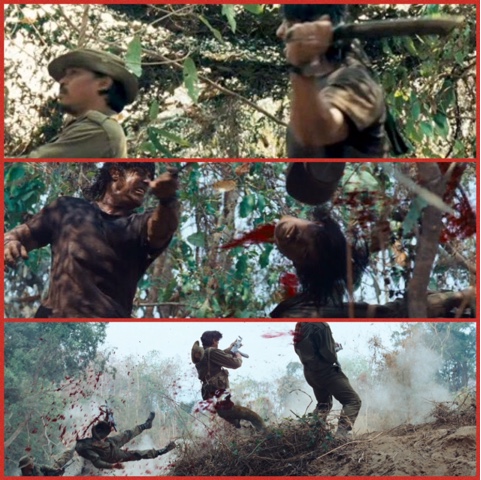