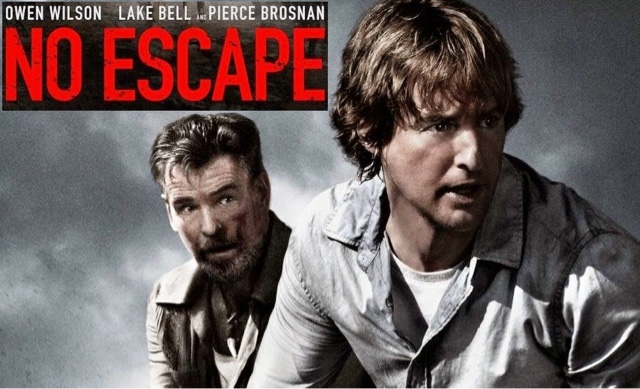 I will have to admit I have never seen a film recently that so reflects the current state of emergency we are in at the moment,with threats of terrorism,coordinated attacks,such as the recent Paris,and Jakarta attacks. This film is not so much about terrorism,but more about a military coup,to Change the current dictatorship,with a more violent terrorist group,fighting for anti Americalism,because the locals see the American Government as controlling the current presidential elect with dodgy contracts especially over a recent water pipeline only given to American contractors.
Set in a fictional Asian City,with Owen Wilson moving his entire family,as he has taken a job of a lifetime opportunity,to work for this said water company. Unbeknownst to him and his family,during his flight over the Government is compromised,by a vicious coup,and within hours on arrival he witnesses the local police fall to these armed militants. Witnessing executions of foreign citizens,by attacking local Hotels,and going room by room to execute its residents,or holiday makers.
This film is brutally realistic,so much so it really is a hard watch,because of recent events of terrorism,especially targeting non Muslim,and western civilians, I could not watch it in one sitting as it really is too realistic for its own good, I know this was filmed before the recent terrorist attacks,but it has such relevance to what has happened recently,makes this film even more terrifying.
Do not be put off from Owen Wilson or Lake Bell starring in this who normally are more comfortable in comedic roles,they are outstanding,especially Owen Wilson,why does he not do more roles like this,because he really can act, Tom Hanks managed to move away from the Comedy roles,to be a twice winning Oscar actor,why cannot Owen do the same. This is really a survivor movie,but with a family involved,it certainly puts that fight or flight syndrome into effect,with Owen having to be as brutal as the militants,whilst his family watch on,as he literally has blood on his hands. With him being brutally honest with his two young girls,without sugar coating anything,that they all could die,is even more terrifying,as his two young girls,know there young lives are actually in danger.
With the one scene being the most powerful,where a Dad has to literally throw his daughters of a roof across a few metre gap,to be caught by his wife on the following roof,is powerfully,and emotional charged,knowing if his wife drops their daughter,they will ultimately fall to their death,but if he doesn't do it they will be executed anyway.
Directed by John Eric Dowdel,who normally directs horror,previously Directing Devil, As Above So Below,we have a very violent thriller,that only a Horror director,could get the true nature,and violence,just right.
With a cameo performance from Pirece Brosnan,as a British holiday maker,who may just be there for another reason,as he could or could not be an agent of some kind. We have a truly terrifying,far too real movie,about survival. It should have been a five star film,but for the brutality,and violence we see on screen,does not make this an enjoyable watch,so for that reason I can only give this film 4/5⭐️⭐️⭐️⭐️ 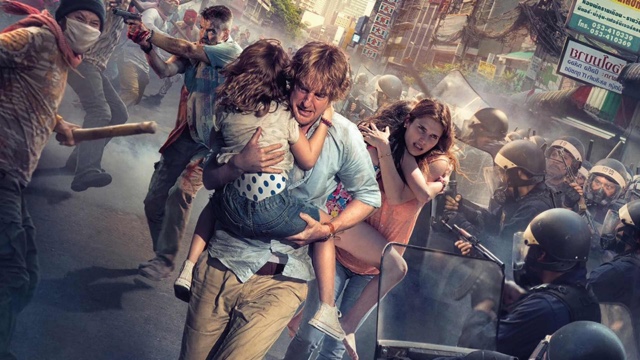