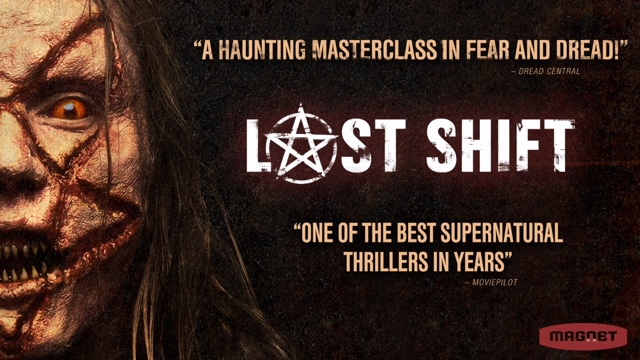 I'll have to admit,I went into this blindly,I knew it has a UK DVD release this month,but I saw it on US Netflix,so I sat down to watch it. The demon must have affected my internet,as it took three attempts to watch this,as it froze kept buffering and crashed. I persevered,and my god I'm glad I did. I have never been so scared watching a film. I film that was scary without having to rely on any jump scares. And I will explain.

A film set in one setting,is always my type of film, this being a semi abandoned Police Station,about to be decommissioned,because it is being moved to a more Modern building.Julia Harkavy plays a Rookie Cop,on her first assignment,a woman who joined the force,to make her Dad proud,who also was a Police officer,who was killed on duty exactly a year previously. She reports for duty,for her night shift,to be met by a grumpy Commanding Officer,who tells her he will not he disturbed,he will be back first thing to take over,all phone calls have been diverted,so she will have a quiet night.

Thing is the phone rings,and the Cop takes a distress call from a young woman,who tells her that her life is in danger,and she has already witnessed killings already, the Cop tries to contact another 911 call centre,who tell her,that she should not be receiving any calls. This is when things start happening at the station,little things at first,like thumps,bumps,and general noises,in which she investigates,to find nothing. The thing I liked about this movie,you will hear something,and almost expect a jump scare,well this film does not rely on that. It would rather show you a little glimpse of something,then to never see again. You expect to be scared by a jump,but you don't,you just have another unnerving image flash up on screen. The use of sound and lighting,really make this film, I recommend you watch through   earphones,or have a decent surround system,as the sounds make the whole experience even more scarier.

The director said he wanted to create an Assault on Precinct 13 type of film,well it does have the claustrophobic feel to it,but some of the scenes and scares reminded me more of Jacobs Ladder,with some of the visions. I'm not going to spoil the film,or give any more plot spoilers,but the film is really scary. You are left with a constant unease,unsure what is going to happen next, it has almost a touch of the Shining about this film also. I felt uneasy,and also very unnerved watching this film. I expected a Prey For Me type of film, but got something for more than that. A film that truly is scary,without a single jump scare,yet you are still terrified by the whole experience. A fantastic performance from Julia Harkavy,as a one woman performance, a woman who is unsure what is going on,but also knowing something isn't right,as she prays to herself,and constantly repeats her oath to the Police Service.

A truly scary film,that out beats many films I have seen recently,trust me it is genuinely terrifying,with some horrible scenes,visions,without having to force a jump scare on you. Two days into the New Year,and I recon this will be my favourite of the year. Absolutely outstanding filmmaking.
5/5⭐️⭐️⭐️⭐️⭐️ 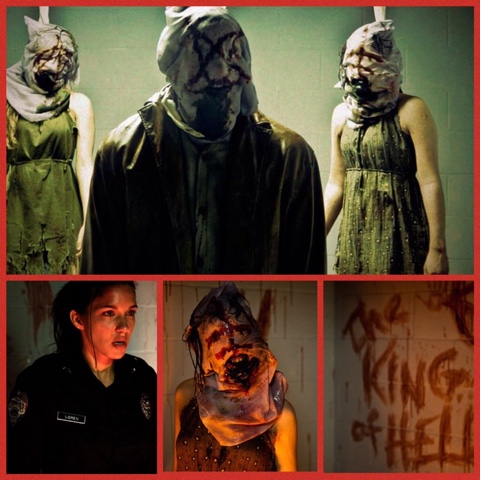