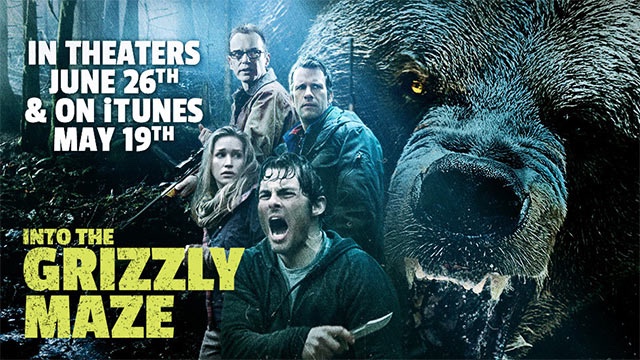 I apologise for lack of posts this week,as I have not been the best,trying to shake off this incredible headache,and migraine,I haven't seen many films this week,for the same reason.
I did watch this last night,and I'm being honest I gave up after 35 minutes,and spent the rest of the film on fast forward. A film that had so many good actors in,Scott Glenn,Matthew Marsden,Billy Bob Thorton and Thomas Jane,a film about a killer bear, in the Alaskan wilderness.
Why I didn't like it,well it was so damm boring,for a film that was only 83 minutes long,and half of that time,absolutely nothing happening,you know a film has pacing problems,when the boobs have to come out,for a pathetic seducing scene,that has no place in the movie.
I believe it to be a story about two estranged brothers,one a sheriff in a small Alaskan town,and his wayward brother,who has been a bad boy most of his life,turning back to his childhood home to make amends. With hardly any spoken words between the brothers,they decide to go on a hike through the wilderness,as you do. The one scene they are ready to go,the next you see the same brother back in uniform investigating a susposed Bear attack. It is these dreadful plot problems that spoilt this for me so early on.
And you know I love Bart The Bear,in real life,a pussy cat,I have seen more documentaries about this Bear over the years,and he is as soft as shite in real life,hand reared,with as much menace as a no armed boxer,with scenes of a bear paw being used to kill or maim,is a prosthetic,is so obvious,with Bart being used to stand on his hind legs to look menacing,and to growl a lot.
I really did not like this movie,to be compared to Jaws,with fur is a bloody insult,the acting is not that bad,but it has no script that I can think of,with blatant plotting problems,a film that is so boring,being only 83 minutes long to begin with. Watch Wolfcop instead that actually has more fur,more menace,and definitely more watchable. If not watch The Edge  1997 with Anthony Hopkins,and Alex Baldwin,a film that has more menace,and tension than this effort could ever muster.
1/5⭐️ 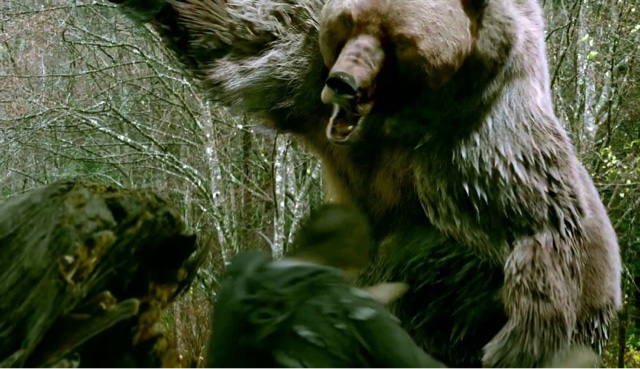