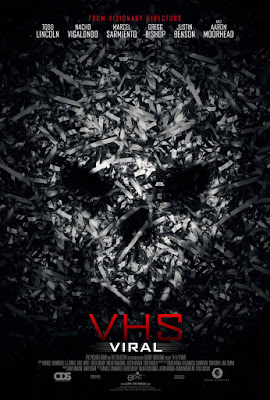 I will admit,I'm a little bit if a fan when it comes to the VHS franchise. Number 2 being brilliant,especially the segments directed by Adam Wingaurd,and Gareth Evans.

We have this time 3 stories with another interlocking. With no VHS tapes to view this time,but everything being filmed on hand held cameras, with the interlocking tale of a young man and woman, living with the guys Nan,whilst watching  a live police chase on local Tv,the young man becomes determined to film some of it,to put on youtube,and become an internet sensation.

The first proper segment is Dante The Great, told in a documentary format,and almost like a Police Most Wanted Tv show. With a story of a trailer park trash, type of man,who comes across this cape,that actually has magical powers,once belonging to Houdini,that gives this man immense powers,and he becomes the worlds best illusionist,but not using illusion or slight of hand,but actual magic,dark magic,which needs sacrifices. So Dante feeds his assistants to the cape,and films all the deaths. With his newest assistant,finding his stash of tapes,and having him arrested. With an escape from the Police,and a violent clash of a S.W.A.T team which he takes out using magic,with guns turning on officers. This is not really a horror segment,but is still interesting regardless,and give an insight into the world of magic,and asks the question,is it tricks,or actually proper magic involved. 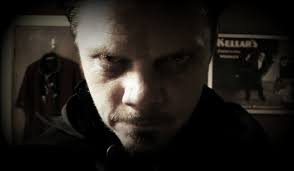 The second segment is called Parallel Monsters,and is easily the best segment. With a man building a machine,in his basement,to the displeasure of his wife,who has been neglected for months . He tests it at 406 am,with it actually working,and creating a mirror image of himself,and his world,actually seeing himself,from a parallel world,through the doorway of this machine,with each walking through the threshold of each others world,with the promise to meet back in 15 minutes.

With each house being identical,but just a mirror image,the original inventor,walks up his stairs to realise his world is different,with his wife watching some demonic snuff movie,and wanting her husband to take part in some sort of demonic ritual involving a three some. This is when he releases that this parallel world is actually a demonic world,with our World created in Gods image,with the Parallel world, being the Devils image. With his other wife,having a demonic and monster like vagina,and the men having monster penises.

With the third segment,I thought to be the weakest,a story about a bunch of skaters,all trying to do the best trick,whilst filming on go-pro cameras,who somehow come into contact with a death cult,with a skater falling over and bleeding on a pentagram painted on the skate park, release a bunch of undead. The skaters try to fight back using any tools available,using skateboards to fight off the undead. With the undead,or zombie type thing being done to death now. As I said it is watchable,but that is all, nothing groundbreaking,yes instead of Zombies we have skeletons,but it is still the undead idea that has been done before. The zombie element in segment 2 of VHS 2 is far superior to this story.
The inter wrapping story is not the best either,called Vicious Circles,about a police speed chase,going round in a circle through the city landscape,to a man determined to film it,whilst his girlfriend is kidnapped by the vehicle being chased. To only currupt people's phones as it goes round and round,with the girl being tortured image,which then turns the phone user into a violent person,ending with an apocalyptic vision with the city on fire. An obvious stab at social networking,and people's obsession with trying to film the ultimate video,to go viral,to have your 15 minutes of fame.
Overall it is a decent sequel to the other VHS films better than the first one,but nowhere near as good as VHS 2,still worth a watch if you've enjoyed the first few,you will enjoy this one too.
3/5⭐️⭐️⭐️ 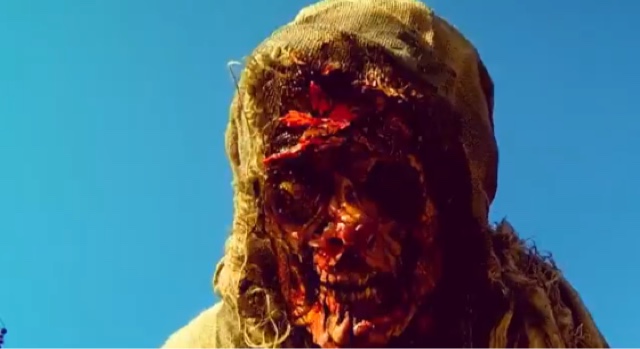