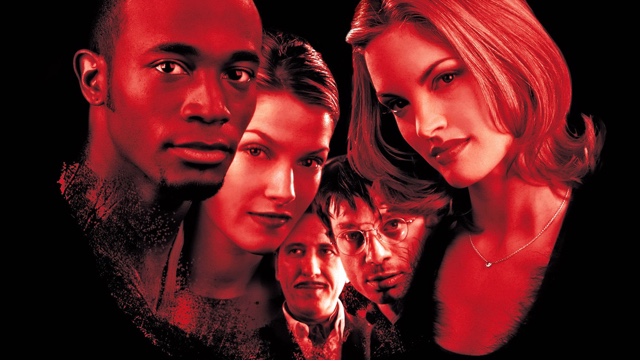 After the resurgence in horror after 1997 with the first Scream film, we had the same year I know what you did last summer, The Hauting, Cherry Falls to name a few. Well we had Robert Zemeckis and Joel Silver,on producing duties, creating a Production company called Dark Castle Entertainment. A production company that went on to produce Thirteen Ghosts,Ghost Ship, House of Wax, The Reaping to name a few. It was set up originally to honor the Director William Castle,a horror director of the 50's and 60's,to remake his films,with this being the first, with Thirteen Ghosts,and House of Wax next. After the not very well received films,they decided to produce,original material,till recent times.
Based on the 1959 film of the same name,starring originally Vincent Price,about a Mansion on a Hill,which was an institution for the insane,in which a mad Doctor did horrible experiments,on the inmates. When a rich business man decides to hold a party at the now disused Asylum,for his horrible ungrateful wife,we have a film when the Party goers are all offered $1,000,000 to spend a night in this haunted house,whoever survives till morning they will keep the money.
We have the Oscar winner Geffery Rush as the Buisness man, Famke Janssen as his Bitch of a wife,and the usual good looking young Hollywood actors such as Ali Larter,Bridgette Wilson and Taye Diggs,which became the norm to have young good looking stars In every big budget film,because of Scream, and I Know What You Did Last Summer.
We have the usual non scary film,that unfortunately became the norm for most of the early 2000's, until  Switchblade Romance,Hostel,and the Hills have Eyes,which Tourture Porn became the norm from mid 2000 onwards,alongside all the Korean,and Japanese horror remakes.
This film is okay,had mixed reviews,but was still a hit. If you want a daft almost comedy horror,then give this a go, I didn't think much of it,then again I hated Thirteen Ghosts,and House Of Wax,but if you enjoy young stars being killed in gruesome ways you will love this.
A Bloody 2/5 ⭐️⭐️ 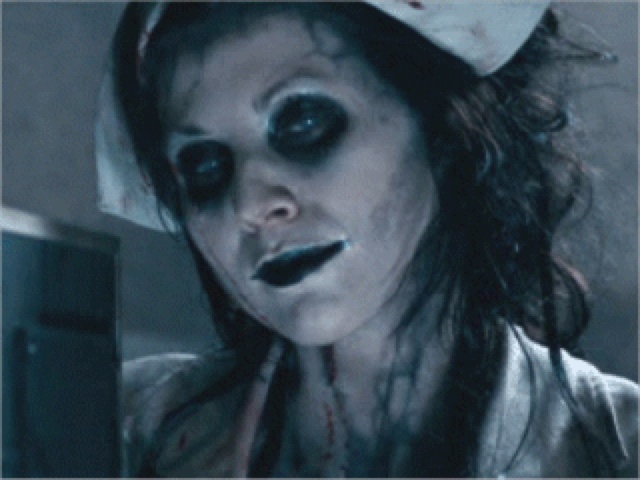