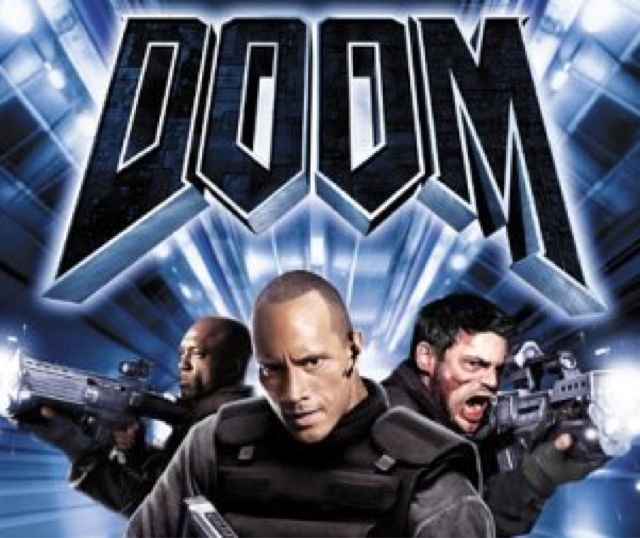 Here we have yet another popular game title being made into a film,and once again failing, I think Hollywood will never learn,that games do not cross over well into the world of celluloid. 2000 was the start of a decade of game titles,finally going from standard definition,into full high definition gaming.
With a string of films starting with Tomb Raider,then this film Doom, followed closely by Silent Hill,with VOD titles such as Tekken and Street Fighter to name a few.
Who can remember the absolutely dreadful Super Mario Bros in 1993 with Bob Hoskins,a platform jumping game that could never pass over into a film,yet they still tried and failed.
With as recent as Last year they attempted to reboot the Hitman game series,calling it Agent 47, which I reviewed two weeks ago,and wasn't that impressed by.
I thought I would give this film a watch,it was on Netflix so I gave it a go,what can I say about it, well it is only just okay,saved from complete normality,from a fantastic original segment 70 plus minutes in,with a manic 5 minute segment,filmed as a first person shooter,only seeing a gun,and arms,with various beasties jumping round corners,to be blasted into oblivion. This scene alone saves this film,from being just another Alien/ Demon blasting film.
Still it isn't perfect, with some well below par performances from normally credible actors,such as Rosamund Pike,and Karl Urban,we have Dwayne Johnson who was still known as The Rock, at this early stage in his career. With the setting of this movie being moved to Mars,and the mutant monsters,are mutated humans,rather than the demonic monsters from Hell as in the game.
Still we have some decent gore scenes,but other than that one great scene,this film is just another average movie,with it being a one star movie,being upgraded to two,for that one very clever first person shooter scene.
2/5⭐️⭐️