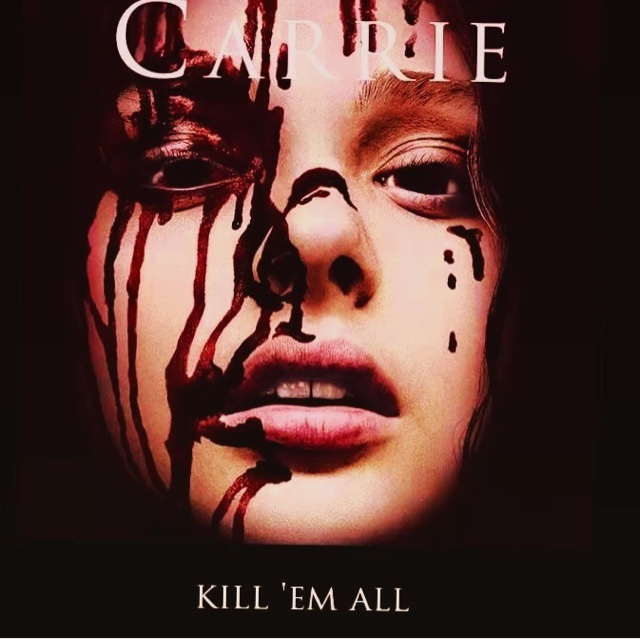 In 2013 we had yet another seventies classic remade. From the master Brian De Palma this time with no Sissy Spacek  and no John Travolta,or Nancy Allen,but it did star the fantastic Chloe Grace Moretz,who is not unknown to the remake scene,starring in the fantastic Let Me In,the American remake of the Scandinavian movie Let The Right One In.
She did such a great job in that movie,I bet the producers of Carrie thought they couldn't do wrong.

With another Oscar winning actress in Julianne Moore,as Carrie's possessive Mother,couldn't quite save this movie,from being just another shot for shot remake. With the usual perfect looking teenagers,we see in just about every film,or TV show,yes Chole Grace Moretz,is very pretty,but she is no Sissy Spacek. Who was perfect for the role first time round,as she is so uniquely different,playing the socially withdrawn teenager.

Still the telekinesis powers Carrie learns how to master,is better introduced in this movie,with some clever scenes,as when she Makes the Stars and Stripes flag move,and then stop with her powers,from her classroom.
The shower scene is still included,but seemingly more horrible in this movie,with the scene being filmed on smartphones,to be uploaded onto YouTube.

If you know the film Carrie,you will know that all crucial scenes in it are too indentical in this remake,the Prom scene,is identical,even the car scene at the end is far too familiar.
This film is perfectly acted,with outstanding performances from Miss Moretz and Julianne Moore respectively,but the film is devoid of any scares,and is just too similar to the original,which spoils the whole experience. A film remade for the sake of being remade for a new generation of teenagers, and being another PG13 rated film at that.

Brian De Palma's Carrie was brilliantly filmed,a film that was generally very unnerving,especially the dream sequence at the very end of the film,deliberately filmed backwards,with the actor,to be then be reversed to create one of the most terrifying scenes in motion picture history.
Carrie 2013 has none of that quality I'm afraid,and just like every big budgeted remake is once again a complete let down,devoid of any scares,afraid to try anything new,being just another clone,of a once great movie.
2/5☆☆ 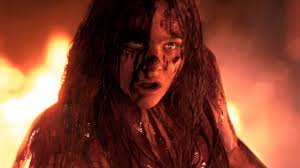