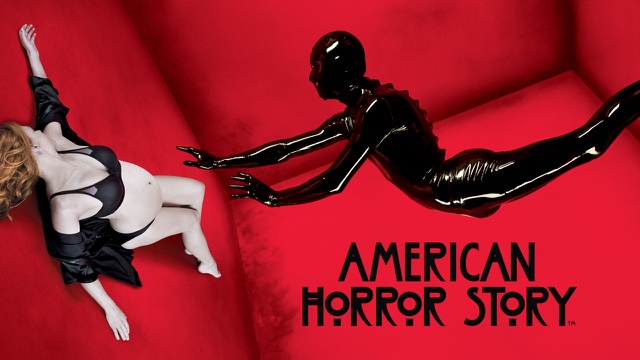 After my damming review of Poltergeist,and especially the big studios rehashing,and destroying our favourite films,we can still rely on the Tv studios,who are prepared to take a gamble,and produce some fantastic TV.
American Horror Story first hit our screens in 2011, shown on the FX cable network, a series to take all Horror genres,and to make a series of that Genre,with season one being based on the good old fashioned haunted house,or in this series named Murder House,which claims the lives of all who live there.
I'm so glad I discovered this season,as it is beyond brilliant,and to some saying this is the weekest of the series,well if this is the weekest,I have massively high hopes for the other seasons.
With some of the finest acting to grace our screens,and some of the most bizarre characters onscreen. With a show stealing performance from Jessica Lange, "Constance" the interfering neighbour,who seems to know what is happening in her neighbourhood house. With two other actors that are outstanding and that is Connie Britton as Vivian Harmon,and Taissa Farminga as her daughter Violet.
A strangely erotic tale,that is not particularly scary,or even being a gore fest,but being very creepy,and extremely unnerving in places,especially the opening credits.
From the co creators off Nip/Tuck and Glee, the show reminded me a little of Six Feet Under,with the opening of each episode,being dedicated to a victim,or victims of this house,who then go on to haunt the Harmons.
A show,especially season one I can certainly recommend,I will not be giving full plot detail as I will spoil the whole 12 episode run,but I cannot fault a single episode,a thoroughly enjoyable,really creepy,and extremely weird,and erotic show. That is outstandingly well acted,and completely addictive, I really was impressed by this show,and bring on season 2 now. I'm so glad I took the plunge and brought the complete boxset.
4/5⭐️⭐️⭐️⭐️ 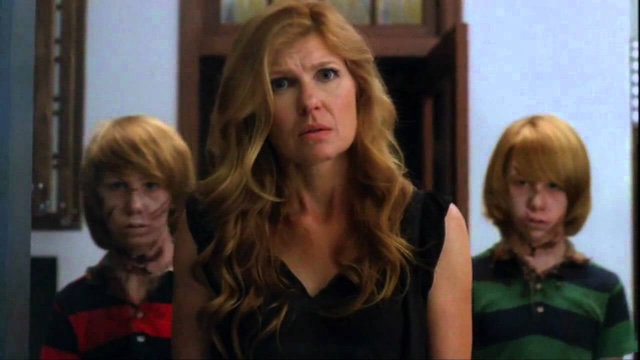