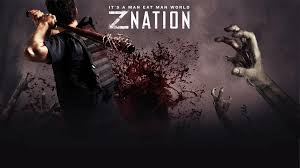 Over this festive period I have invested in a lot of boxsets,so I will be reviewing TV shows alongside movies.
I have been watching ZNation from Syfy and well !!! It isn't no Walking Dead, well imagine if Walking Dead is directed by Sam Mendes,well ZNation is directed my Michael Bay. It obviously isn't but I'm hoping you get my comparison. Two shows the polar opposite of each other.

Walking dead is about character development,fabulous acting,with a Zombie threat,ZNation is balls out Zombie threat,with a few human characters. It is not as great acting,quite poor in places actually. It is thoroughly enjoyable though,with the Zombie outbreak  full in force  within minutes of the start, yet the Zombie kills are as violent,and these things move,especially recently turned,they run,they move in packs like locusts,with an ingenious zombie attack of bodies in the water,with a closed community believing this,to only have hundreds of these bodies get up and attack,and overpower this safe hold. 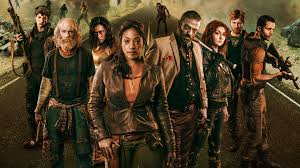 With one man with this ragtag bunch,who may actually be the cure to this virus,being the only human immune to this virus,being bitten 8 times,but not turning. All they need to do is get him from New York,to California to a CDC facility,to extract his blood,and find the antibody to this Z-virus,sounds simple,but having to go literally from East to West.across the whole length of this country is not going to be easy.

I have only seen the Pilot so far and the second episode,with the episodes a lot shorter than the Walking Dead,at only 45 minutes per episode.instead of the normal almost an Hour per Walking Dead episode. I will run through the episodes as I watch them,with 11 more to watch,with a second season recently aired on TV, I'm hoping to catch up on. With a third season commissioned in March, I will try to review the whole series.
As well as the second season of Fear The Walking Dead,on AMC.
my opinion on this show so far,it has promise,so I Wil give on the first two episodes I have seen.
3/5☆☆☆ 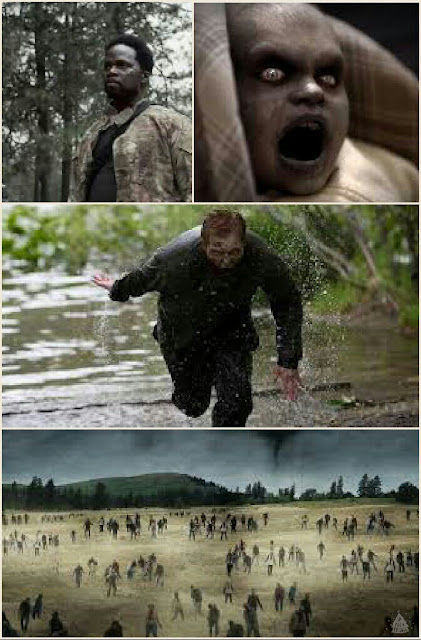